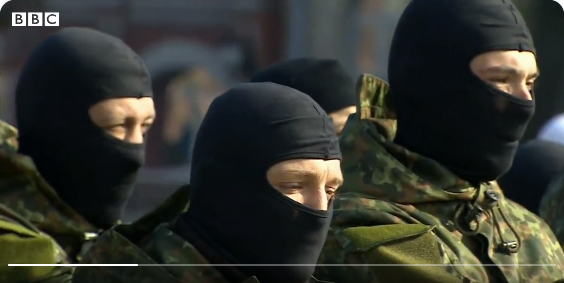 Like any war, but perhaps more than most, the war in Ukraine has seen a bewildering barrage of claims and counter-claims made by the online supporters of each side. Truth, partial truths and outright lies compete for dominance in the media narrative. Vladimir Putin’s claim that Russia invaded Ukraine to “de-Nazify” the country is surely one of the clearest examples.

The Russian claim that the Maidan revolution of 2014 was a “fascist coup” and that Ukraine is a Nazi state has been used for years by Putin and his supporters to justify his occupation of Crimea and support for Russian-speaking separatists in the country’s east, winning many online adherents.

But the Russian claim is false: Ukraine is a genuine liberal-democratic state, though an imperfect one, with free elections that produce significant changes of power, including the election, in 2019, of the liberal-populist reformer, Volodymyr Zelenskyy.

Ukraine is, unequivocally, not a Nazi state: the Russian casus belli is a lie. And yet, there is a danger that the understandable desire by Ukrainian and Western commentators not to provide ammunition for Russian propaganda has led to an over-correction — and one that may not ultimately serve Ukraine’s best interests.