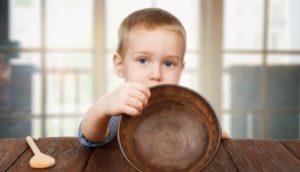 David Beasley, the executive director of the United Nations’ World Food Program said that because of the food crisis globally, “we’re taking food from the hungry to give to the starving.”  While peaking at the recent World Economic Forum gathering in Davos, Switzerland, Beasley added that the Ukraine conflict was devastating to the food supply.

Things we getting bad with regards to the food supply before the Ukraine conflict happened but that situation has since escalated to become the “worst humanitarian crisis since World War II.” Beasley said according to a report by Natural News.

“Just when you think the world food crisis couldn’t get any worse well over a year ago, you had Ethiopia and Afghanistan, and then the breadbasket of the world [Ukraine] – just got the longest breadlines of the world – and so now because of this crisis, we’re taking food from the hungry to give to the starving,” Beasley told the audience. “What happens when you take a nation [Ukraine] that normally feeds 400 million people and sideline that … it’s devastating to global food security.”

In Sri Lanka, protests have already erupted over food and fuel shortages, which threaten to bankrupt the country. A similar breakdown of the social and economic order is also being seen in Indonesia, Peru, and Pakistan, which Beasley says is “only a sign of things to come.”

“(There are) 49 million people in 43 countries … and those are the countries that we need to be extremely concerned about because that will result in famine, destabilization, and mass migration – if we don’t get ahead of this,” Beasley warned.

Other elitists who control the ruling classes of this planet have warned we are going to see food shortages worsen further in the coming months. Just last month, the Rockefeller Foundation, another globalist good ol’ boys club similar to the WEF, warned that a global food calamity of biblical proportions will arrive no later than six months. Based on when that statement was made, the world has 5 months to prepare for apocalyptic food shortages. If these elitists are correct, by the end of October, it’ll be tough if not impossible to buy food.

Previous article“With Regards to Brad [Raffensperger] I Don’t Think Anyone Believes Down Here That He Actually Won” – VoterGA’s Garland Favorito on Georgia GOP Primary
Next articleWhy Not Legalize All Corner Crossing in the West?
Survival News & Info