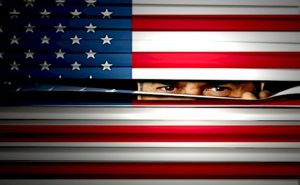 The United States ruling class has been defending its Orwellian “Ministry of Truth” since announcing it. Has the illusion of freedom finally shattered yet? Or are more people going to continue to vote for and uphold the system of slavery they were born into?

Speaking on CNN’s State of the Union on Sunday, Mayorkas dismissed the criticism by claiming that thought policing is “precisely the opposite of what this small working group within the Department of Homeland Security will do.”

“What it will do is gather together best practices in addressing the threat of disinformation from foreign state adversaries from the cartels and disseminate those best practices to the operators that have been executing in addressing this threat for years,” he explained, after CNN’s Dana Bash said it was still not clear “how this governance board will act.”

Anyone paying attention over the past few decades knows that disinformation or misinformation is anything that the ruling class feels threatens its power and existence. Exposing the lies of the rulers will not be tolerated and having a different opinion than your master will leave you to face the punishment of those continuing to enslave you.

We had better wake up and become the free human beings we were meant to be before the rulers currently cementing their power over us take hold permanently. All the preparations in the world have still not stopped most from willingly submitting to their own enslavement.

People need to look past the Constitution too. We have the rights listed because we were born human beings, not because some men a long time ago wrote them down. Like it or not:

“But whether the Constitution really be one thing or another, this much is certain – that it has either authorized such a government as we have had, or has been powerless to prevent it. In either case, it is unfit to exist.” ― Lysander Spooner,

All government is slavery and it can be nothing else: