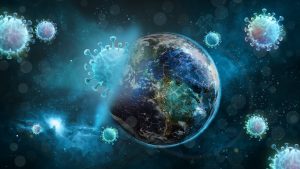 The Centers for Disease Control and Prevention (CDC) has confirmed that the United States government is set to impose new Covid restrictions on travelers. These new control measures will require a negative test within one day of travel for all arrivals, including vaccinated people.

That means that even those who bowed down to the state and big pharma dutifully got injected two or even three times, will still have to live through the same draconian dictatorship as the unvaccinated. The move comes after the CDC confirmed America’s first case of the Omicron variant in California in an individual who arrived from South Africa on November 22, according to RT. The fully vaccinated traveler later tested positive on November 29 after showing mild symptoms.

Has anyone wondered yet why omicron is only popping up in the vaccinated?

Nonetheless, the ruling class has decided that the unvaccinated need not travel. Currently, the United States denies entry to all unvaccinated individuals from other countries, while fully inoculated people who have received approved vaccines can travel to America if they provide a negative Covid test taken within three days of arrival. The CDC also encourages vaccinated individuals to take a test on the third to the fifth day after they enter the US.

All this testing is going to do is boost the numbers and increase the fear of this cold. This is all coming to a head, and we could begin to see the real plans taking shape in the coming months.

Even though reports are numerous of this new variant being found in those who are fully vaccinated, the masters all over the globe are attempting to force everyone to get the shots that obviously didn’t help others or keep them from getting a mild cold.

The travel rules, combined with the call for all Americans to get the Covid vaccine and have a booster shot if they are over 18 and had their second dose over six months ago, is designed to help contain the spread of the new strain and prevent the US from being overwhelmed by a new wave of infections. -RT

Not to mention, all doctors are reporting the symptoms are rather mild compared to other colds and cases of flu that have been circulating. This means, that like COVID itself, this who thing is a fabrication of the rulers. They have already told us when this will end:

The post U.S. Government Continues To Panic Over Mild Omicron first appeared on SHTF Plan – When It Hits The Fan, Don’t Say We Didn’t Warn You.