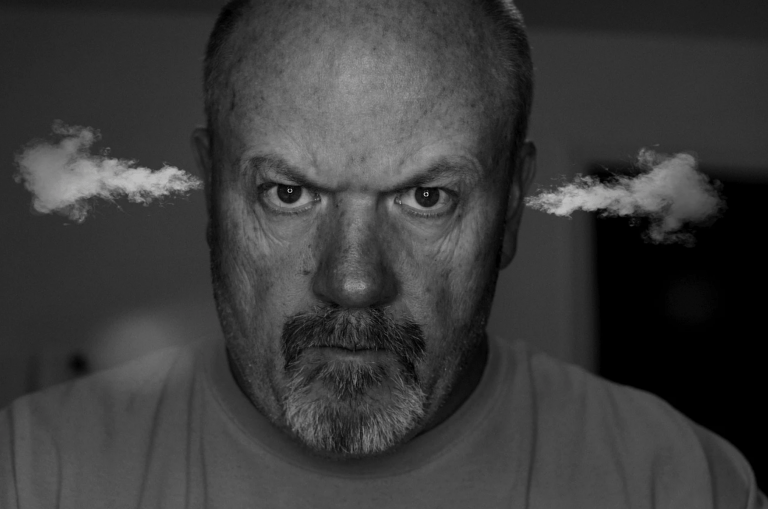 This wasn’t supposed to happen.  We were promised that once Joe Biden was in the White House that the tremendous anger that was building up in our country would start to subside, but that obviously is not happening.

In fact, as you will see below, Americans have been getting even angrier.  Needless to say, the stunt that Joe Biden pulled last week is certainly not helping matters.  When he visited Boise on Monday, enormous crowds of extremely angry protesters were waiting for him.  And everywhere I go on social media this week, I am seeing huge explosions of anger.  What in the world is our country going to look like if all of this anger continues to grow?

Normally, it is either one side of the political spectrum or the other that is angry at any given time.

But here in September 2021, both sides of the political spectrum are very angry.  Just check out these stunning numbers from a brand new CNN poll…

A new CNN poll finds that 74% of U.S. adults now say they are “very or somewhat angry” about the way things are going in the U.S. today — that includes 88% of Republicans, 70% of independents and even 67% of Democrats. But wait, there’s more.

Another 69% of U.S. adults now say that things are going “pretty or very badly” in the country these days — that includes 91% of Republicans, 72% of independents and 49% of Democrats.

Those numbers are crazy.  Just a few months ago, there was so much optimism, but now the mood of the nation has completely shifted.

Surprisingly, that same CNN poll asked a question about illegal immigration, and it found that even most Democrats are concerned about “the movement of undocumented immigrants”…

And by the way, illegal immigration is still a concern for many in this nation. The CNN survey also found that 77% of U.S. adults say that it is important that the federal government “stops the movement of undocumented immigrants into the United States.” And the partisan breakdown: 95% of Republicans, 76% of independents and 52% of Democrats agreed.

Ever since Joe Biden entered the White House, giant throngs of people have been surging to our southern border, and this has created an unprecedented immigration crisis.

Incredibly, even though Biden has decided to impose vaccine mandates on millions upon millions of American citizens, even the White House Press Secretary is admitting that there will be no such requirement for the illegal immigrants that are being let into this country.

Members of Congress and their staffs are exempt from Biden’s new requirements as well.

But the rest of us are apparently fair game.  Today, my wife walked into a store where the employees were openly talking about how they might soon lose their jobs because of these new mandates.  Biden is dragging us into full-blown tyranny, and lots of American citizens are going to lose good jobs because of this.

Another new poll asked Americans if they think that Biden’s tyrannical decrees are constitutional or not, and the results were absolutely overwhelming…

Asked in a new poll by Convention of States Action, in partnership with The Trafalgar Group, whether Biden has the constitutional authority to impose that demand, 58.6% said no.

The poll, taken over the weekend of likely general election voters, has a margin of error of 2.96%.

If they get away with this round of mandates, they will undoubtedly try to impose even more.

In fact, Dr. Fauci is openly telling us that he is in favor of mandating vaccines for air travel.

Fauci does not care about you.  The next time that you hear the corporate media heaping praise on him, just remember what he and his organization did to a bunch of beagles.

He sees you the same way, and he is going to keep pushing Biden to tighten the screws.

Already, we are seeing officials go door to door in some cities.  In Washington D.C., there are times when workers will “go back to a house four or five, six times” until someone finally answers the door…

“And as a reminder, we knock on doors until we actually get someone to talk to us. And so they’ll go back to a house four or five, six times, if necessary, multiple times of the day,” he said.

That should chill you to the core.

Ashley also said the District is working with Medicare providers to make sure that they’re providing vaccination education.

“But you’re right, it is a choice of theirs to make,” Ashley said. “So we’ll continue to do that education through the —”

Silverman interrupted Ashley to say: “The president is saying it’s not a choice any more.”

The good news is that some red state governors are starting to fight back.

For example, Ron DeSantis just announced huge fines for any government entity in his state that attempts to mandate vaccines…

DeSantis announced cities and counties that force employees to get vaccinated will be fined $5,000 per infraction.

“We are here today to make it very clear that we are going to stand for the men and women who are serving. We are going to protect Florida jobs,” DeSantis said during the news conference. “We are not gonna let people be fired because of a vaccine mandate.”

Hopefully, more red-state governors will step up to the plate, because our politicians in Washington are completely and utterly out of control.

Not satisfied with angering millions of Americans with these new vaccine mandates, Democrats have also decided that now is the time to dramatically raise taxes…

Top earners in New York City could face a combined city, state and federal income tax rate of 61.2%, according to plans being proposed by Democrats in the House of Representatives.

The plans being proposed include a 3% surtax on taxpayers earning more than $5 million a year. The plans also call for raising the top marginal income tax rate to 39.6% from the current 37%.

How would you feel if 61.2 percent of your income went to paying taxes?

Would that make you angry?

Of course it would.

But our politicians in Washington have to find some way to pay for their insane spending sprees.  The federal government ran a 3 trillion dollar budget deficit last fiscal year, and with one month to go they are on track to do it again this fiscal year.

If Americans are this angry while things are still relatively stable, what is the mood of this country going to look like once things really start to fall apart?

As a nation, we are not emotionally equipped to handle any sort of a major societal collapse, but that is where the road that we are on inevitably leads.

These are such troubled times, and I have a feeling that really big surprises are just around the corner.

About the Author: My name is Michael Snyder and my brand new book entitled “7 Year Apocalypse” is now available on Amazon.com.  In addition to my new book, I have written five other books that are available on Amazon.com including  “Lost Prophecies Of The Future Of America”, “The Beginning Of The End”, “Get Prepared Now”, and “Living A Life That Really Matters”. (#CommissionsEarned)  By purchasing the books you help to support the work that my wife and I are doing, and by giving it to others you help to multiply the impact that we are having on people all over the globe.  I have published thousands of articles on The Economic Collapse Blog, End Of The American Dream, and The Most Important News, and the articles that I publish on those sites are republished on dozens of other prominent websites all over the globe.  I always freely and happily allow others to republish my articles on their own websites, but I also ask that they include this “About the Author” section with each article.  The material contained in this article is for general information purposes only, and readers should consult licensed professionals before making any legal, business, financial or health decisions.  I encourage you to follow me on social media on Facebook and Twitter, and anyway that you can share these articles with others is a great help.  During these very challenging times, people will need hope more than ever before, and it is our goal to share the gospel of Jesus Christ with as many people as we possibly can.

The post Polls Show That The American People Are Extremely Angry – And They Are About To Get Even Angrier first appeared on SHTF Plan – When It Hits The Fan, Don’t Say We Didn’t Warn You.