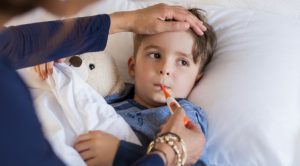 Another mystery illness is surfacing in the aftermath of the “age of vaccines.” Not only are children and newborns experiencing “excessive deaths,” but now there are reports of over 180 cases of “mystery liver disease” that’s showing up as hepatitis.

The rulers of Scotland have already been investigating themselves to try and figure out why newborn deaths are surging as reports keep coming in of mysterious hepatitis/liver disease that is running rampant.

Hepatitis Spreads As Rulers Declare Its Origins Are “Unknown”

Dozens Of Cases Of Mysterious Hepatitis Cases Crop Up In the US, Europe

Doctors in other countries have reported seeing the same acute hepatitis, reporting 105 cases in 13 EU countries, the European Centre for Disease Prevention and Control said last week. The ruling classes and their mainstream media puppets continue to state that COVID-19 infections are not the cause of the disease.

So what could it possibly be?

Children’s Risk Of Death Increases Over 5,000% After Being Injected With The mRNA “Vaccines”

The illness has afflicted otherwise healthy children, most under the age of five. In the United States, more than 90% of patients had to be hospitalized, and 14%, or around 25 people, have required liver transplants, NBC News reported.

5 MORE Deadly Diseases Have Been Reported