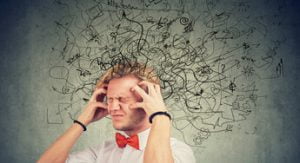 Monkeypox has emerged just in time to save two failing Big Pharma companies, but it also had the uncanny ability to shift the focus away from the collapsing COVID-19 vaccine narrative as well. Data from several developed countries have shown that these “vaccines” are causing complete immune system degradation.

Even though the mainstream media and Big Pharma have been working hard to keep medical professionals and injured patients from talking about the negative effects of COVID vaccines, and monkeypox has now taken a large share of the sheeple’s attention, we are starting to hear more and more about these cases as their numbers grow too big to ignore.

Did monkeypox surface just in time to keep people unaware that the COVID shots are giving them VAIDS (vaccine-induced acquired immunodeficiency syndrome)? It isn’t just AIDS that the mainstream media is ignoring in order to focus on the monkeypox.

One doctor who has been brave enough to talk about vaccine effects is Idaho pathologist Dr. Ryan Cole, who has noted a dramatic spike in very aggressive cancers among people who have received the vaccine that was not reported by the mainstream media. Some of the types of cancer he has seen include uterine cancer and highly invasive melanomas among younger people. In addition, there have been reports of previously controlled cancers being activated again in vaccinated patients.

Is the ruling class trying to distract the public from the disastrous injection they tried to force on everyone? Perhaps. Especially now that the monkeypox vaccine is ready, they can just people to line up for that one instead and gleefully take it.

According to Politico, it’s still about the vaccines and getting the masses injected. The U.S. and countries across Europe are preparing for a worst-case scenario for the spread of monkeypox, working to secure thousands of additional vaccines and treatments.

Get Your Monkeypox Vaccine!

“This is one of the rare diseases where you can be vaccinated after exposure and it prevents you from getting sick,” said Eric Toner, a senior scientist at the Johns Hopkins Bloomberg School of Public Health.

The United Kingdom has already started vaccinating people, with 1,000 doses of the vaccine, called Imvanex there, already administered. The country has 3,500 doses left. Germany has ordered 40,000 doses, Reuters reported.