This article was originally published by Hannah Cox at the Foundation for Economic Education. 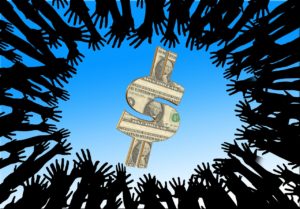 Government policies fail and create problems in the real world every day. But most Americans are so busy in their daily lives and so detached from the political system that they do not notice…or at least they don’t know enough to point to the root of the problem.

Such is not the case with the current skyrocketing inflation, which has gotten everyone’s attention. Gas is topping $7 per gallon in some regions. Beef prices are up 20 percent since last year. Meanwhile, rent jumped an average of 14 percent across the nation. Americans of all political persuasions rank inflation as the most pressing problem they face, and many are demanding answers for why they are suddenly unable to afford rent or buy meat. Rightfully so.

While there’s a shortage of basic necessities in the country, there’s also a shortage of actual leaders in DC who will take responsibility for the failure of their ideas. Instead, we see a bunch of elderly representatives essentially trying to say that their dog ate their homework. While Democrats have tried to blame Putin, “ultra-MAGA” supporters, and other random strawmen for the inflation, it seems most are beginning to coalesce around the weakest scapegoat of all: corporate greed.

This is a convenient narrative for a party whose ideas rely on the demonization of success and class warfare. But there is absolutely nothing to back up such claims.

As Senator Rand Paul (R, KY) and many others recently pointed out, companies and business leaders did not just all of a sudden become greedy in the past two years.

The persistence of this line of attack reveals a few things. First, it shows these people are not interested in getting to the root cause of inflation or preventing it from occurring again.

For those unfamiliar with the real causes of inflation, there’s actually a basic recipe that tends to repeat in cycles in the US. The government gets greedy and wants to live beyond its means, promising all manner of special favors and services in exchange for votes that enshrine the political power of politicians. They pass spending bills we don’t have the money to afford. And then, in response, the Federal Reserve prints new dollars. This leads to more dollars chasing fewer goods—fewer goods, in this case, thanks to lockdowns, trade wars, and tariffs that have stagnated the economy. Boom, inflation.

It is unsurprising that the left and many on the right do not want to cop to this fact and discuss the true causes of inflation. It is, after all, their pet projects that created the problem. Instead, they’re still trying to convince Americans that legislation like the $1.9 trillion “American Rescue Plan” helped Americans. (It actually kicked inflation into high gear).

Besides being a flagrant attempt at hoodwinking the American people, the narrative that corporate greed led to inflation also reveals an even deeper problem with the left’s ideology: these people have no idea how markets work or what conditions actually create prosperity.

Corporations and individuals should be driven to make money, that’s a positive incentive under capitalism. Profit-seeking ensures companies stay afloat, are able to provide goods and services people need, and provide consistent employment. It ensures our GDP continues to grow, that we see more innovation and competition, and ultimately, as a result, we continue to see our quality of life improve.

As Adam Smith famously pointed out in The Wealth of Nations, “It is not from the benevolence of the butcher, the brewer, or the baker, that we expect our dinner, but from their regard to their own interest.” Capitalism mandates that in order to make a profit, corporations and entrepreneurs must provide a valuable service or commodity to society in order to succeed.

This is what ultimately makes capitalism the most moral system. It recognizes that human nature is self-interested. And it finds a way to wrangle that reality and direct it in a way that actually benefits everyone.

It is silly to be mad at corporations for wanting to make a profit. But in this case, it’s actually demagoguery meant to convince the masses to carry their pitchforks to the wrong castle.

The blame for inflation should be laid directly at the feet of the federal government. Don’t let them distract you from that.