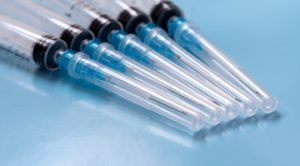 The Public Health Scotland has released data from the past four weeks and it shows that the un”vaccinated” are less likely to get COVID than those who have been injected with two or three doses of the mRNA sludge. The ruling class has been straight-up lying about this being a “pandemic of the unvaccinated” as well, considering those who took the shots are more likely to be hospitalized or die than people who are unvaccinated.

Mainstream media is finally leaking information here and there telling people the truth about these shots and the CDC has admitted they don’t stop transmission.

Earlier this month, the European Union’s top health agency warned that getting boosted every four months could harm the immune system’s ability to fight off the disease. The European Medicines Agency advised countries instead to mirror the seasonal influenza vaccination strategy tied to the onset of the cold season. -WND

Public Health Scotland isn’t the only ruling class that has released data on these shots. The United Kingdom released damning information showing that these mRNA shots are destroying the human immune system to the point of complete degradation, or AIDS (acquired immunodeficiency syndrome).

Data from Canada has now surfaced as well showing just how much of a lie the “pandemic of the unvaccinated” has become. Recent figures from the province of Alberta show infections, hospitalizations, and deaths from COVID all soar in the days and weeks after people receive their first vaccine dose reports former New York Times reporter Alex Berenson.

Data from the U.K. from Aug. 16 to Dec. 5, 2021, showed people who had been vaccinated accounted for four of every five COVID-19 deaths, the Gateway Pundit reported. Further, a U.K. “technical briefing on SARS-CoV-2 variants of concern” found that as of Dec. 29, the fully vaccinated make up 74% of hospitalizations due to infection from the omicron variant that now dominates Western nations. -WND

A lot of data is coming out right now and the mainstream media is only trickle reporting on it. We have had the “vaccines” for over a year now. If they worked like the ruling class said, wouldn’t deaths and infections be lower in those who have taken them?

The post Government Data Shows The “Unvaccinated” Are Less Likely To Get COVID first appeared on SHTF Plan – When It Hits The Fan, Don’t Say We Didn’t Warn You.

Previous articleFauci: Children Under The Age of 4 WIll Get 3 Doses Of The COVID “Vaccines”
Next articleAmerica’s Most Dangerous Unknown Man
Survival News & Info