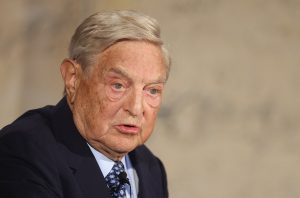 The sad fact that people still trust George Soros is already a testament to how well the propaganda and brainwashing have worked on the general public. Now, Soros is going to back a divisive mainstream media campaign to fight against  disinformation.

A media company that is being bankrolled by Democrat mega-donors Reid Hoffman and George Soros, and run by an operative whose astroturfed local news outfit was actual misinformation called  Good Information, Inc. launched on Tuesday, according to a report by RT.  Good Information is said to be “a civic incubator committed to investing in immediate solutions that counter disinformation and increase the flow of good information online.” 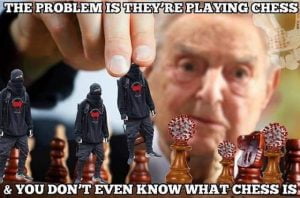 According to Axios,  this new mainstream media outlet is bankrolled by LinkedIn co-founder Hoffman, Soros, as well as Silicon Valley investors Ken and Jen Duda and Incite Ventures. That means it’ll be sanctioned by the ruling class and dedicated to ensuring we all stay complicit slaves while they continue to amass power over the unwitting sheep of the globe.

Exclusive: Billionaires Reid Hoffman, George Soros and others back new media firm led by @taraemcg to combat disinformation
— As part of its launch, “Good Information” will acquire @CourierNewsroom, a local news group with a progressive perspective. https://t.co/v4ddccFPoK

Tara McGowan, a former Democratic strategist who worked on Barack Obama and Hillary Clinton’s 2012 and 2016 campaigns – and ran a progressive nonprofit called ACRONYM that spent a whopping $100 million on a digital ad campaign to defeat Donald Trump in 2020 – has been put in charge of the venture.

ACRONYM was a major investor in Shadow, the outfit that mangled the results of the Iowa caucuses early on in the Democratic primary process, hurting the candidacy of Vermont Senator Bernie Sanders. Another of its operations, Courier Newsroom, will be sold to Good Information for an undisclosed sum; McGowan reportedly recused herself from the deal. –RT

The billionaires and ruling class seem very disturbed at the prospect of a failing democracy. Considering democracy is mob rule and voting is your consent to be ruled by whomever they choose, I’d say noting could be a better change for the earth than the destruction of a horrific system like democracy. If you still think your vote matters or counts after this last election, you should be pitied. It was painfully obvious that they will put whatever puppet on the throne they see fit and use the police and military to ensure you have little chance to stop it.

We need to get our heads out of our rear ends and wake up. We haven’t been free. Ever. None of us are. If you were born under the rule of any government, regardless of what they call it, you are a slave and you are expected to obey and comply with the masters. Mincing words is no longer an option. We need to evolve past needing a ruling class and a master and if we can’t do that, frankly, we deserve what’s in store for us.

The post George Soros Is Starting A Disinformation Campaign To Fight Disinformation first appeared on SHTF Plan – When It Hits The Fan, Don’t Say We Didn’t Warn You.

Previous articleWATCH: Project Veritas Part II: Sr. Advisor Reveals NJ Governor Murphy Secretly Funneled $40 Million In Taxpayer Funds To Illegals and Plans to Give Millions More – Says Truth Would Be Like “Political Suicide” For His Re-Election
Next articleSICK, EVIL PEOPLE: Buried in FDA Hearing the Editor-in-Chief of NEJM, Dr. Eric Rubin Says, “We’re Never Going to Learn About How Safe It Is Unless We Start Giving It”
Survival