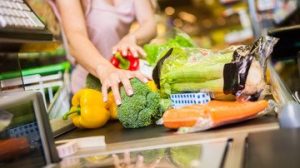 Food prices are continuing to go up and there is no reprieve in sight. Food banks and store shelves are beginning to empty further as supplies dwindle and the costs soar.

Everything going wrong with the food supply. The mainstream media continues to put most of the blame on Russia’s “invasion” of Ukraine, however, anyone paying attention could see this coming long before that and may have even noticed their own grocery store shelves slowly having fewer items on them.  According to the New York Times, global forces such as supply chain disruptions, severe weather, energy costs, and Russia’s invasion of Ukraine have contributed to rising inflation rates that have spooked stock market investors and put President Biden’s administration on the defensive.

Of course, none of the inflation was the massive fiat money creation over the past two years in the name of “COVID stimulus,” most of which went to pad the pockets of the immensely wealthy elitists already calling the shots.

The pressure on the public is mounting. It is felt most directly by shoppers doing their weekly runs to grocery stores, where some items that used to be plentiful have been missing for months and where prices for produce, meat, and eggs remain stubbornly high. If things continue, we could see people in the United States rioting over an inability to feed their children.

Back in 2015, a problem with rising food costs was made clear:

But now, almost everyone is feeling the pinch. Prices for other necessities, such as toilet paper and personal hygiene products are also rising.

High fuel costs and a shortage of diesel fuel are also contributing to the rising cost of food. It will not take much for this entire food supply system to come crashing down.

Be ready. One small incident will completely destroy what’s left of the food supply. Make sure you are prepared by stockpiling non-perishable and nutrient-dense foods. Grow what you can and store it over the winter months.