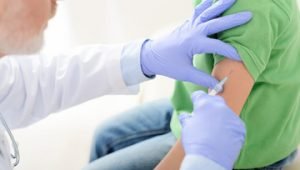 This is hardly shocking: the Food and Drug Administration’s advisors have voted to give children as young as 5 COVID shots. The FDA voted in favor of approving a smaller-dose Pfizer-BioNTech mRNA Covid-19 vaccine for children between the ages of 5 and 11, saying benefits outweighed the risks.

It will not be long now before the ruling class begins trying to convince people to have their children injected with these shots that some data is showing has been giving folks AIDS (acquired immunodeficiency syndrome).

The “vaccine: would be administered three weeks apart, in two 10-microgram doses and a third of the dose is currently recommended for everyone 12 and older. It won’t be long until they demand boosters for everyone, now that a fourth shot has been recommended for some.

Last week, the FDA voted to authorize “mix and match” boosters for Americans who have previously received two two-dose Pfizer, Moderna jabs, or the single-shot Janssen vaccines. Both the boosters and vaccinations for school-age children have been laid out as priorities by the Biden administration, according to a report by RT.  The ruling class has continually blamed the surge in US coronavirus cases on “the unvaccinated” even though all of the evidence has shown that’s a lie.

Over 75% of Vermont COVID Deaths Are In The “Fully Vaccinated”

Public Health England Says Most COVID Deaths Are In The VACCINATED

They will continue to lie with statistics to fit their agenda, which is to get these shots in as many humans as possible. 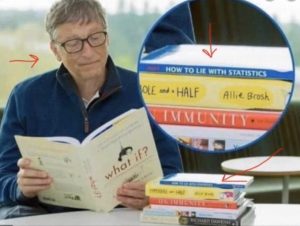 After all, you aren’t “fully vaccinated” until two weeks after your second dose. If the first or second shot kills you in that time frame, you will be labeled an “unvaccinated” COVID death. At some point, people will have to start catching on to this hoax.

Keep your eyes and ears open still. As more people begin to figure out what’s going on, the ruling class will try to clamp down and regrip to retain power. That could mean something that may actually harm people. Watch the “delta plus” scariant and continue to practice situational awareness. If they pull off something that will actually make people sick this time, instead of just renaming the cold and the flu, we are going to need to be prepared.

The post FDA Votes In Favor Of Giving Children COVID Shots first appeared on SHTF Plan – When It Hits The Fan, Don’t Say We Didn’t Warn You.