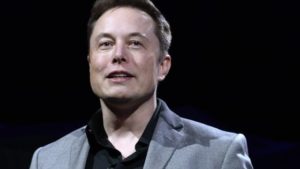 Billionaire and CEO of Tesla, Elon Musk says “civilization is going to crumble.” Musk says beware of those who believe or say the world is overpopulated because it’s the depopulation agenda that will destroy human civilization.

The world population is nearing 8 billion, but Musk believes there are still “not enough people” on Earth. “I think one of the biggest risks to civilization is the low birth rate and the rapidly declining birthrate,” the Tesla and SpaceX head, who is also a father of six, told Wall Street Journal’s CEO Council on Tuesday. “So many people, including smart people, think that there are too many people in the world and think that the population is growing out of control,” Musk said, adding that the situation is “completely the opposite.”

Musk says the world needs to procreate more, but people also need to die off to prevent the stagnation of ideas. “If people don’t have more children, civilization is going to crumble, mark my words,” the billionaire predicted. The World Bank’s data shows that the global birth rate has been in decline since 1963, with a slight recovery around the early 1980s. “I think it is important for us to die because most of the time, people don’t change their mind, they just die. If they live forever, then we might become a very ossified society where new ideas cannot succeed,” the entrepreneur said. He also said it was important for people in “very important” security positions to have “sufficient presence of mind and cognitive ability” to make good decisions, adding that he was not “poking fun at aging.”

The end of civilization seems to be a common theme lately. But most are focused on “climate change” being the cause. In fact, scientists are building a “black box” that will “outlive” all of us. “The idea is if the Earth does crash as a result of climate change, this indestructible recording device will be there for whoever’s left to learn from that,” Jim Curtis, the executive creative director at Clemenger BBDO, told the Australian Broadcasting Corporation (ABC).

Civilization is going to collapse if humans can’t evolve beyond living as obedient slaves to government. We won’t be around long enough for climate change to kill us off we continue to bow to our masters and refuse to recognize that we are living as their property on this planet.

The post Elon Musk: “Civilization Is Going To Crumble” first appeared on SHTF Plan – When It Hits The Fan, Don’t Say We Didn’t Warn You.