This article was originally published by Jeffrey A. Tucker at the American Institute for Economic Research. 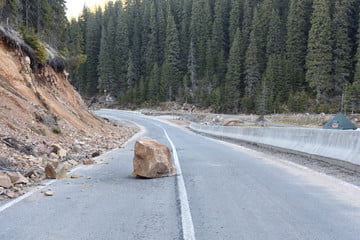 New York governor Andrew Cuomo, who bears so much responsibility for the mess in his windswept state, last year wrote a book celebrating his role in managing the Covid crises. Now he is facing several investigations and unrelenting media criticism for his management of nursing homes. Not only did he force infected patients back into homes, resulting in many thousands of deaths; he is alleged to have worked to cover up his role and doctor the numbers to make the grim toll look less bad.

And he is not the only lockdown government facing serious problems. Governor Gavin Newsom of California is sinking in popularity and facing a serious effort to recall him – the state’s equivalent of an impeachment. It’s quite the fall from grace for a man who prided himself on his courage in locking his citizens in their homes. Meanwhile, the lockdown state’s Covid numbers look worse than Florida’s, a state with similar weather and demographics that has been fully and beautifully open since September.

At the very time when once-loved heroes of the lockdowns are facing political crises, Florida governor Ron DeSantis is riding a wave of love within his state and around the country. He took a bold stand for science and his gamble seems to be paying off for him. People are pouring into the state in hopes of living a normal life. While commercial and residential real estate are in deep trouble in New York, home prices around Miami are up 25%.

Meanwhile, Texas Gov. Greg Abbott faces his own issues; catastrophic freezing in his state with millions losing water and power, and facing life-threatening conditions. He wants to blame everyone but his own lockdowns that delayed maintenance of power plants and disrupted the normal functioning of the energy sector throughout 2020.

It’s not just political careers that are dropping like stones. The same is happening to Covid cases in the U.S.. The trend seems to defy prediction from January 20, 2021: the new US president said this about Covid-19: “things would get worse before they get better.” Then something very interesting happened. The number of cases of recorded infections of SARS-CoV-2 took a startling dive, falling fully 80% from the daily high on January 8th.

Deaths have improved too but not at the same rate, yet.

Keep in mind when you look at all these charts that they must always be viewed with the awareness that they never perfectly reflect reality. They are only as accurate as the inputs. For example, the case numbers are completely off for the first quarter of 2020 simply because there were few if any tests available. It’s entirely possible that cases during this period reached a high in the Northeast of the US that was never seen since, but we cannot know. If that is true, the perception of whether and to what extent we did experience a wicked second wave could be profoundly affected.

Case data are also affected by how many tests are actually administered. Those too are falling dramatically but not enough to account for the drop in cases. Testing can be impacted by people’s willingness to get tests (which in turn reflects the fear of the quarantine) and the extent to which professions are requiring them. The results of the testing are also highly sensitive to the settings of the test itself (the “cycle threshold” used to detect the presence of the virus).

Death data seems more decisively accurate but there are reporting lags that can delay accuracy by many weeks. In addition, there is an error term (how large?) due to misclassification. The CDC itself has made it clear that only in 6% of death cases is SARS-CoV-2 mentioned as the only cause. Those are the easy ones to classify. After that, it gets more complicated. “For deaths with conditions or causes in addition to COVID-19, on average, there were 3.8 additional conditions or causes per death,” says the CDC. Sorting all this out will require years of work in looking at death certificates and weighing factors.

Even given all of this, the drop is so precipitous as to cry out for explanation. It is hard for the politically minded not to notice the timing. It roughly coincides with the inauguration of the new president. If they really are so sensitive to factors like the Cycle Threshold in the PCR tests, would it not be relatively easy to dial-up and dial down the appearance of a pandemic based purely on software settings? The dramatic drop then could in theory be orchestrated. And it is rather amazing that on the day of the inauguration, the World Health Organization released a clarification on tests, urging testers to reduce the number of false positives by paying greater attention to Cycle Thresholds. Anecdotal evidence I’ve encountered suggests that testing labs have responded in kind.

If the WHO and the CDC wanted to avoid conspiracy theories that the pandemic was made to disappear with the incoming administration, they could have better timed this change in the Cycle Threshold.

Another explanation of the drop in cases is not contingent on such a cynical view toward public health. It relies on the tried and true observational truth about the behavior of viruses. Getting them and getting well means acquiring lasting immunities. That combined with vaccines leads to the endemic equilibrium known as herd immunity: the virus finds fewer and fewer hosts in the general population and becomes much more manageable.

This is the view of Professor Marty Makary of Johns Hopkins University. Writing in the Wall Street Journal, he highlights the role of a concept that has almost been absent from public discussion over the course of the last 12 months: natural immunity. He writes:

Why is the number of cases plummeting much faster than experts predicted?

In large part because natural immunity from prior infection is far more common than can be measured by testing. Testing has been capturing only from 10% to 25% of infections, depending on when during the pandemic someone got the virus. Applying a time-weighted case capture average of 1 in 6.5 to the cumulative 28 million confirmed cases would mean about 55% of Americans have natural immunity.

Now add people getting vaccinated. As of this week, 15% of Americans have received the vaccine, and the figure is rising fast. Former Food and Drug Commissioner Scott Gottlieb estimates 250 million doses will have been delivered to some 150 million people by the end of March….

There is reason to think the country is racing toward an extremely low level of infection. As more people have been infected, most of whom have mild or no symptoms, there are fewer Americans left to be infected. At the current trajectory, I expect Covid will be mostly gone by April, allowing Americans to resume normal life.

Many experts, along with politicians and journalists, are afraid to talk about herd immunity. The term has political overtones because some suggested the U.S. simply let Covid rip to achieve herd immunity. That was a reckless idea. But herd immunity is the inevitable result of viral spread and vaccination. When the chain of virus transmission has been broken in multiple places, it’s harder for it to spread—and that includes the new strains…..

Some medical experts privately agreed with my prediction that there may be very little Covid-19 by April but suggested that I not to talk publicly about herd immunity because people might become complacent and fail to take precautions or might decline the vaccine. But scientists shouldn’t try to manipulate the public by hiding the truth. As we encourage everyone to get a vaccine, we also need to reopen schools and society to limit the damage of closures and prolonged isolation. Contingency planning for an open economy by April can deliver hope to those in despair and to those who have made large personal sacrifices.

All of which is to say that we might be in the last days of the pandemic and the early days of seasonal endemicity – which is the natural course of every widespread respiratory virus ever studied. Why anyone imagined that lockdowns, political edicts, coercive controls, and the ruining and wrecking of normal social and economic functioning would change that is beyond comprehension.

Whatever your theory as to why cases are dropping like rocks – natural immunity, PCR testing changes, drops in tests, seasonality – none of it can be credited to political interventions. What the interventions might do, however, is cause dozens if not hundreds of political careers also to drop like rocks.

The post Covid Cases, like Political Careers, are Dropping Like Rocks first appeared on SHTF Plan – When It Hits The Fan, Don’t Say We Didn’t Warn You.