This article was originally published by Steve Watson at Summit News under the title: Panicked CNN Guest Wonders “How We’re Going To Control The Channels Of Communications In This Country” 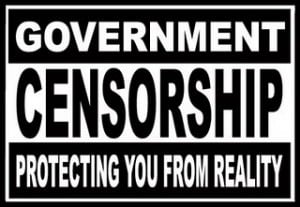 A CNN talking head declared Sunday that if Elon Musk is allowed to buy Twitter, the platform will have to be government regulated to prevent ‘discourse’ being open and free, and not subject to establishment-controlled censorship.

While discussing the Musk take-over on CNN’s potato time with Brain Stelter, “media analyst” David Zurawik proclaimed that Musk is “dangerous” and shouldn’t be allowed to restore free speech on the platform.

Zurawik suggested that the U.S. look to Europe, which has recently brought in new laws to limit social media and even threatened to ban Twitter if Musk doesn’t play ball.

“There’s a bigger problem here about how we’re going to control the channels of communications in this country,” Zurawik frothed, panicking at the notion of the likes of CNN not being able to dictate what Americans think.

“This is dangerous! We can’t think anymore in this country!” Zurawik whined, adding “I’m serious! We don’t have people in Congress who can make regulations, that can make it work.”

“I think we can look to the Western countries in Europe for how they are trying to limit it. But you need controls on this,” the talking slap head continued.

“You need regulation. You cannot let these guys control discourse in this country or we are headed to hell,” Zurawik further suggested.

“We are there,” he added, further claiming that “Trump opened the gates of hell and now they’re chasing us down.”

“We gave over what amounts to our airwaves or our internet waves to Mark Zuckerberg and Elon Musk, and we are in so much trouble because those guys believe in making money,” he said.

And now, just a week later, Biden’s Department of Homeland Security has rolled out a literal Ministry of Truth, headed up by a deranged partisan who truly believes that anything she disagrees with is hate speech.

Musk was exactly right when he declared that the Democratic Party “has been hijacked by extremists.”