Children’s Risk Of Death Increases Over 5,000% After Being Injected With The mRNA “Vaccines” 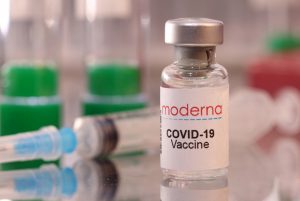 A child’s risk of death increases 5,100% after a COVID-19 “vaccine” is administered, compared to an unvaccinated child, according to new data released by the Office for National Statistics (ONS). Back on December 20, 2021, the Office for National Statistics (ONS) published a dataset containing details on ‘deaths by vaccination status in England’ between January 1st and October 31st of 2021.

This was the year the vaccines were heavily pushed, and even forced in some cases on people who would otherwise be unwilling to inject themselves with an experimental gene therapy drug to stop from getting the sniffles.

Children are up to 52 times more likely to die following a COVID-19 vaccination than children who have not had the Covid-19 vaccine according to the source data.  On table 9 of the ‘Deaths by Vaccination Status’ dataset, the ONS have inadvertently provided enough details on deaths among children and teenagers by vaccination status for the Daily Expose to calculate the mortality rates and to put it bluntly, they are horrifying. It is also making it obvious as to why the ONS chose to exclude children from the mortality rates dataset.

Here are the calculated mortality rates by vaccination status among 15-19-year-olds based on the ONS calculated person-years:

And yet this is not all over the news, nor is it even talked about as people line their children up to be injected with an experimental gene therapy drug that has already been shown to be ineffective at best and unsafe at worst.