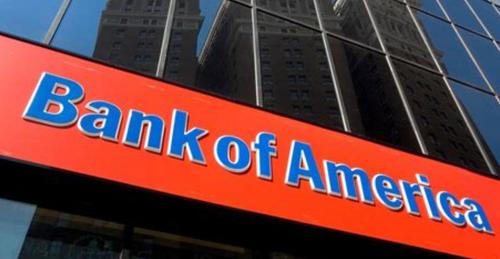 After being canceled last year, the annual culling of the underperformers is underway once again at BofA.

Following a slowdown in layoffs during the pandemic as a coterie of megabanks (including BofA and Deutsche Bank) announced plans to suspend layoffs, Wall Street’s talent-churning machine is firing back up. Bank of America’s Global Banking and Markets division is reportedly preparing to move ahead with layoffs now that 2020 is finally over. Last year, BofA CEO Brian Moynihan promised that BofA would hold off on any further layoffs until 2021, even as other Wall Street banks started handing out pink slips again once the fall months arrived.

The cuts impacted employees in capital markets, research, and investment banking according to Business Insider. Sources from inside the bank said the cuts are part of the typical cycle of Wall Street layoffs, as banks seek to preserve top talent and cull underperformers. They added that the number of people fired was in line with prior years.

Some of those being handed pink slips are senior staffers who volunteered for buyouts.

It’s not exactly clear what percentage of staffers from the Global Banking and Markets division are being cut.

Staffers across Wall Street already had to contend with what was by all accounts a disappointing bonus season, despite the blowout profits reaped by big banks in 2020 as markets boomed. Investment banking and trading operations posted blowout performances in 2020, but institutions as a whole suffered steep profit declines as they braced for loan losses tied to the pandemic.

At BofA, management’s decision to waive a new bonus policy for veteran traders and dealmakers has caused “internal drama”, as the new rules were supposed to be applied broadly. Those who weren’t subject to the policy have been “gathering on calls to vent frustrations and discuss options”. In some ways, the divisiveness dates back to BofA’s 2008 takeover of Merrill Lynch, the Wall Street investment bank that nearly went under during the financial crisis.

The post Bank Of America Begins First Round Of Layoffs Since Pandemic-Inspired Freeze first appeared on SHTF Plan – When It Hits The Fan, Don’t Say We Didn’t Warn You.

Previous articlePsychological Warfare Declared on Your Child! Why would anyone send their kids back to Public School to be Mentally Abused?
Next articleMachinery of Death: When the Government Acts as Judge, Jury and Executioner
Survival News & Info