Another Winter Storm To Spread Across Northeast 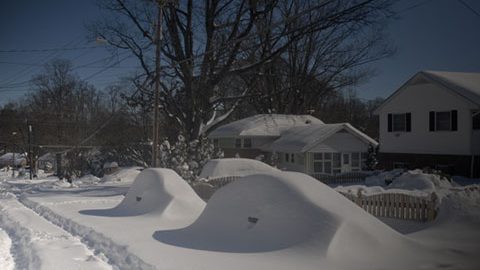 The storm that is dropping snow and freezing rain in Texas all the way through the mid-Mississippi River Valley will head for the Northeast by Thursday and bring more snow with it.  Widespread power outages are still ravaging places already hit hard by winter weather and the weather system continues to advance.

According to a report by ZeroHedge, The National Weather Service (NWS) said more than 100 million Americans are in the path of a storm as it traversed the southern Plains earlier this week and is finally arriving on the East Coast Thursday morning. NWS has posted Winter storm warnings and winter weather advisories from the Deep South to New York City.

Snowfall from this storm stretches from the Northeast into the Ohio Valley and southern Great Lakes this morning. A wintery mix could be seen in West Virginia, Virginia, and parts of the Delmarva Peninsula. 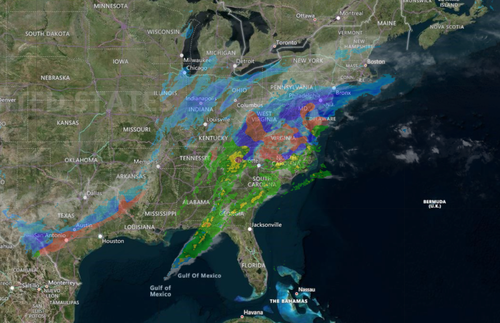 The storm will traverse the coast and spread winter precipitation across much of the Interstate 95 corridor from the Baltimore–Washington metropolitan area to Philadelphia to New York City to Boston on Thursday into Thursday night. –ZeroHedge

Accumulating snow is expected across the Mid-Atlantic and Northeast Interstate 95 corridor. This could make travel conditions dangerous.

According to a report by CNN, two areas of low pressure, which are the driving force of this wintry weather, will travel up the East Coast, one after the other. “It is looking more and more like an all or mostly all-snow event for most [of southern New England]. Not expecting a heavy snow scenario this time either, but more a prolonged light, sometimes moderate snow event,” says the National Weather Service (NWS) office in Boston.

Prepare now if you still can. Make every effort to get the last-minute things you may need should the power go out in your area.  Stay alert and prepared.  This storm has already caused a lot of damage, so if you are in its path, brace yourself.

What To Do NOW To Prep For A Winter Power Outage

The post Another Winter Storm To Spread Across Northeast first appeared on SHTF Plan – When It Hits The Fan, Don’t Say We Didn’t Warn You.