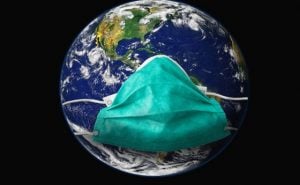 Summarizing of our post from last night (which we urge everyone to read) for those who are just now waking up to the global chaos resulting from the B.1.1.529 variant, which later today is expected to be named with the Greek letter Nu, here is what we know, courtesy of Newsquawk, Credit Suisse and Citi. 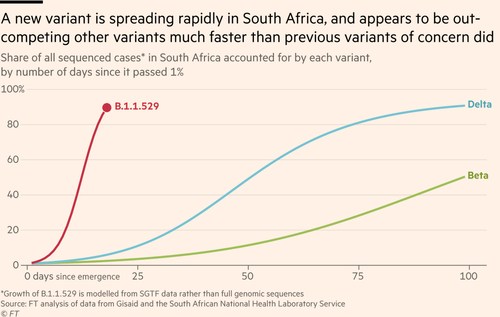 Is it more deadly

How widespread is it

This new variant, B.1.1.529 seems to spread very quick! In less than 2 weeks now dominates all infections following a devastating Delta wave in South Africa (Blue new variant, now at 75% of last genomes and soon to reach 100%) pic.twitter.com/Z9mde45Qe0

New Vaccine Would be Available in 100 days

Impact of efficacy of existing drugs antibodies is unknown.

The post A Scared Nu World: Here’s What We Know About The New COVID Strain first appeared on SHTF Plan – When It Hits The Fan, Don’t Say We Didn’t Warn You.

Previous articleWith Tomorrow’s Due Date for US Air Force Personnel to be Fully Vaccinated – Air Force Prevents Any Airmen Not Vaccinated From Moving to a Different Station
Next articleThe Perfect Stocking Stuffer For Your Patriotic Friends And Family – The “Joe, You Know I Won” Mug!
Overland Adventure Vehicles

We are all familiar with Live Work Wander and the amazing work that they have done documenting their journey within the USA and abroad...
Overland Adventure Vehicles

In North America, travel trailers make up approximately 70% of the recreational vehicle market, according to a recent presentation by Thor Industries, makers of...

BRUTAL: Biden Begs For “Easy Questions,” Then Completely Butchers His Next Answer; Accidentally Says Republicans Will Trounce Dems in Midterms Before Launching Into a...