When it comes to overlanding gear, I’m a firm proponent of items serving multiple functions. Unless you have a ton of space and ample payload to carry the proverbial kitchen sink, priorities must be made, sacrifices identified, and potentially, tears shed. For each of us, this means something different. I recently escaped to the Arizona desert to suss out where the new iKamper Disco Series fit into the mix. Is it a one-hit-wonder or a useful multi-functional cooking system? 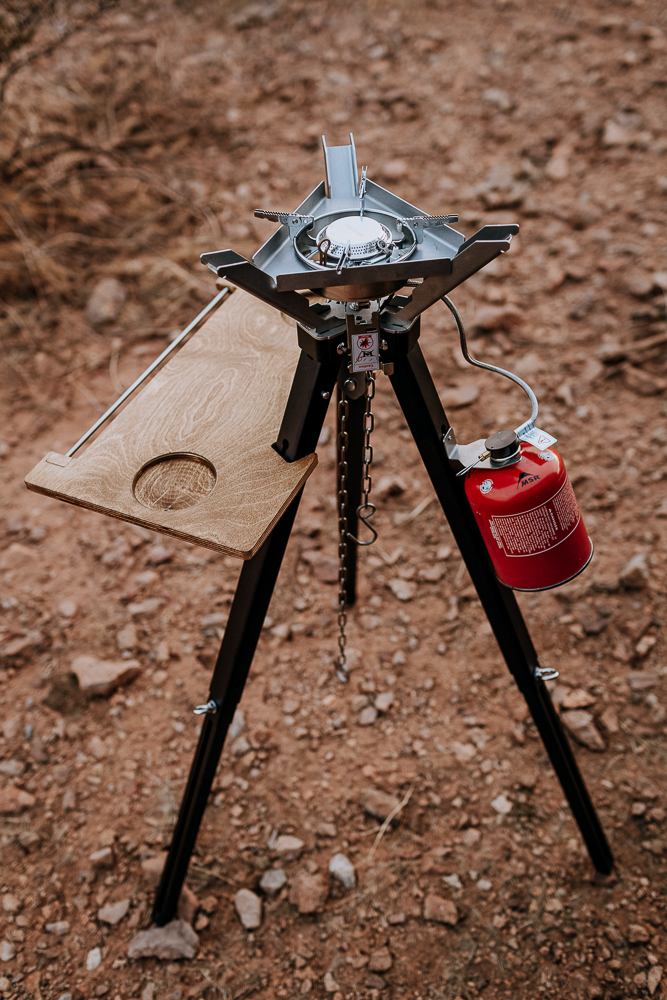 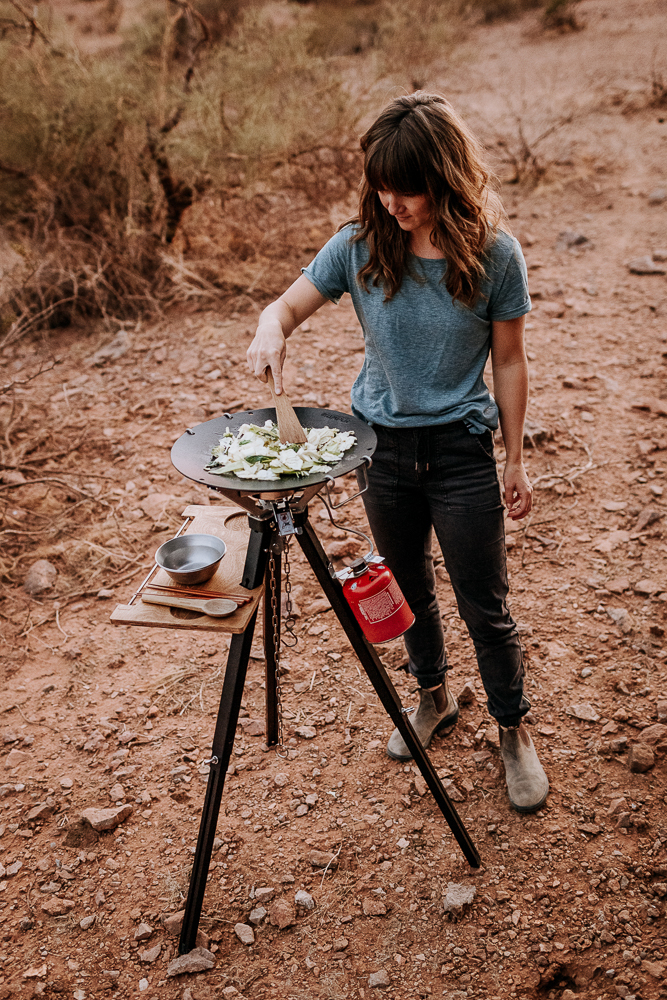 The Disco series is made up of several separate components: a heat-resistant anodized aluminum tripod, cast iron skillet, 7,500 BTU Kovea burner, and a small waterproof birch plywood side table. Each of these items (minus the table) arrived in its respective black tote, cover, or zippered case. I understand that a heavy-duty cotton canvas bag is sold separately, but I opted to transport the Disco Series items in my own canvas bag, which worked just fine.

My first impression was, dang, this is heavy. The system also took up a lot of space in the back of our itty bitty 1990 Toyota Pickup, but to be fair, the skillet itself is the largest, at 15.75 inches in diameter (40 centimeters), while the total weight of the system is 27 pounds (12 kilograms). If you own a full-size truck, this space and weight are peanuts, but every pound and square inch counts in our small rig.

The tripod is easy to set up, and the height is adjustable, making it convenient to cook standing up, sitting down, or from a camp or picnic table. Despite the rocky desert terrain, the legs and feet felt sturdy. The Disco Series comes with a pulley system and chain for cooking over a fire, which exemplifies the system’s versatility. That warrants a checkmark in the multiple functions department.

The Disco Series stove is what I consider a game-changer when it comes to skillet systems in the overland world. I say this because the burner, engineered by Kovea, is highly versatile. Fueled by either butane or propane canisters, the stove can be used atop the tripod, on a table, or on the ground with the legs deployed. The chef du jour may also choose their cooking weapon of choice, as a pot, skillet, pan, or kettle can be placed atop the stove. To illustrate, I boiled water in a pot to soften noodles before attaching the skillet to prepare stir fry. I can confirm that the built-in wind guard and easy-to-use Piezo igniter worked as advertised. Any igniters that catch without me feeling like I’m going to light myself or my surroundings on fire are a win in my book. 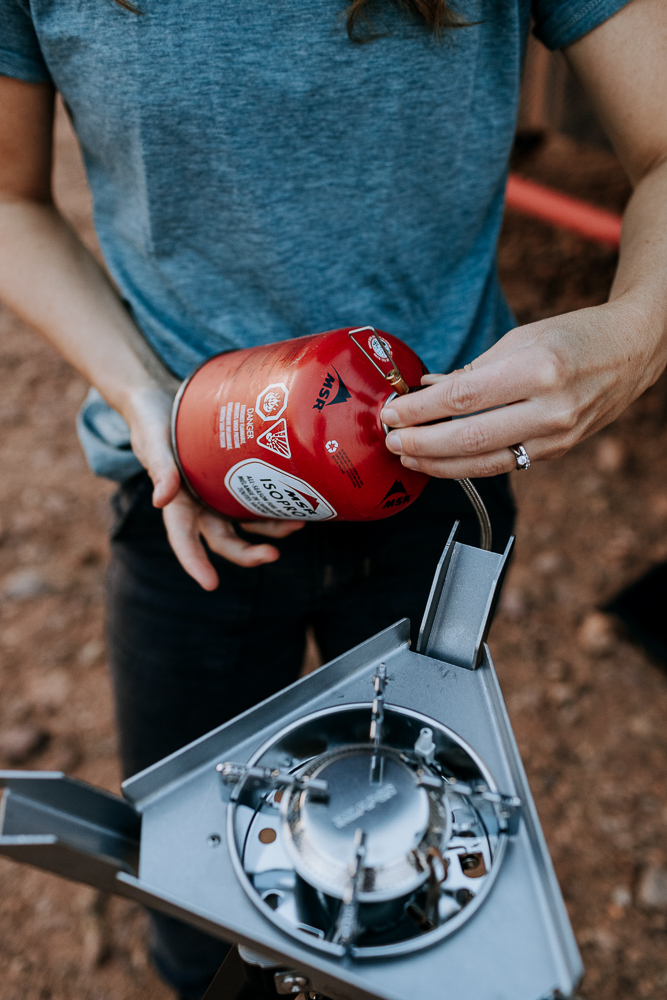 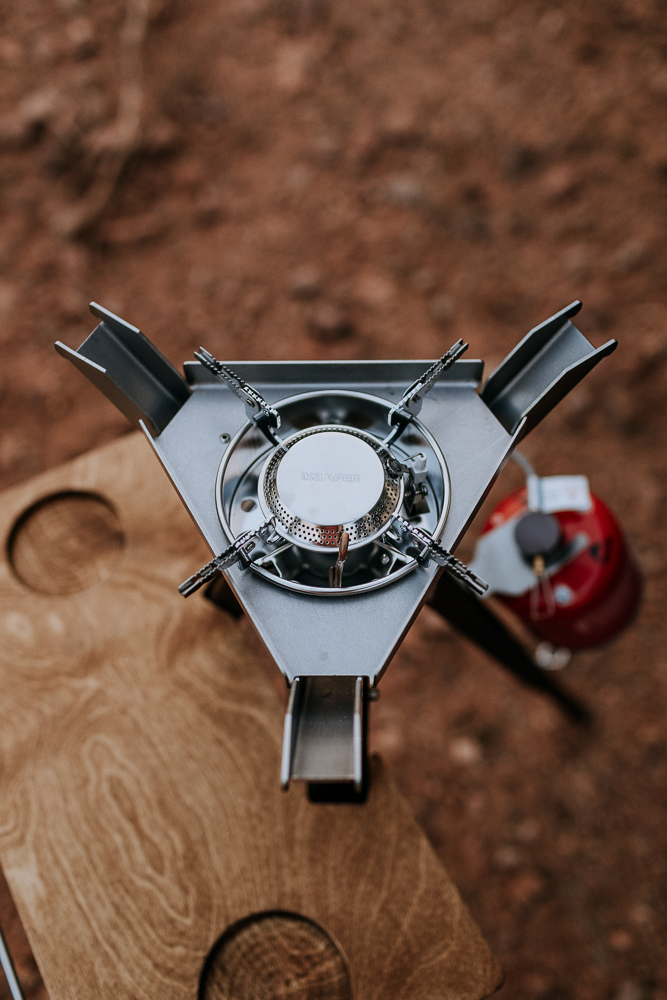 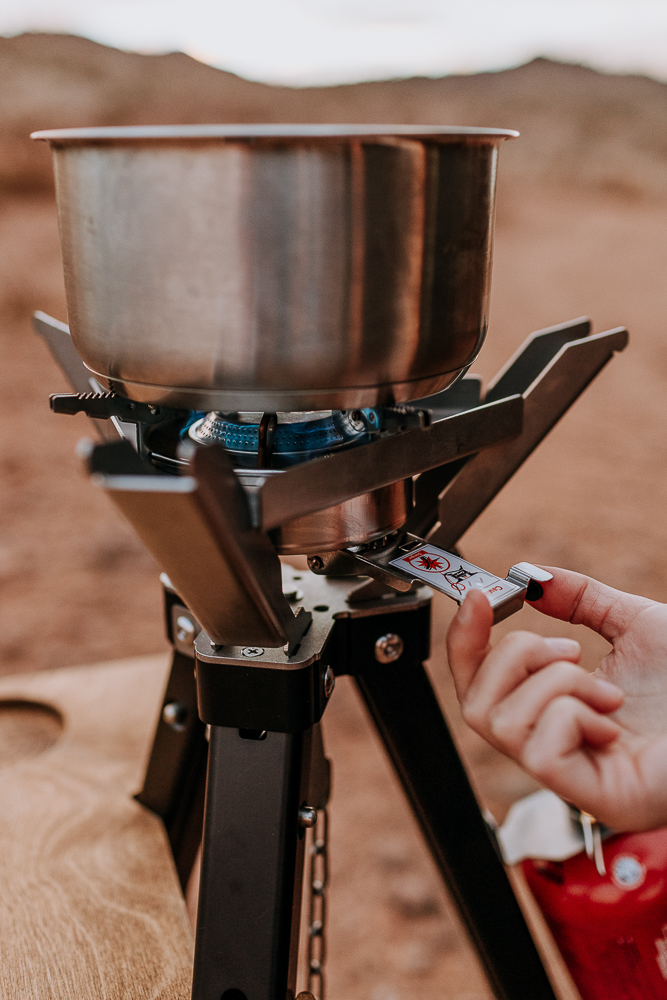 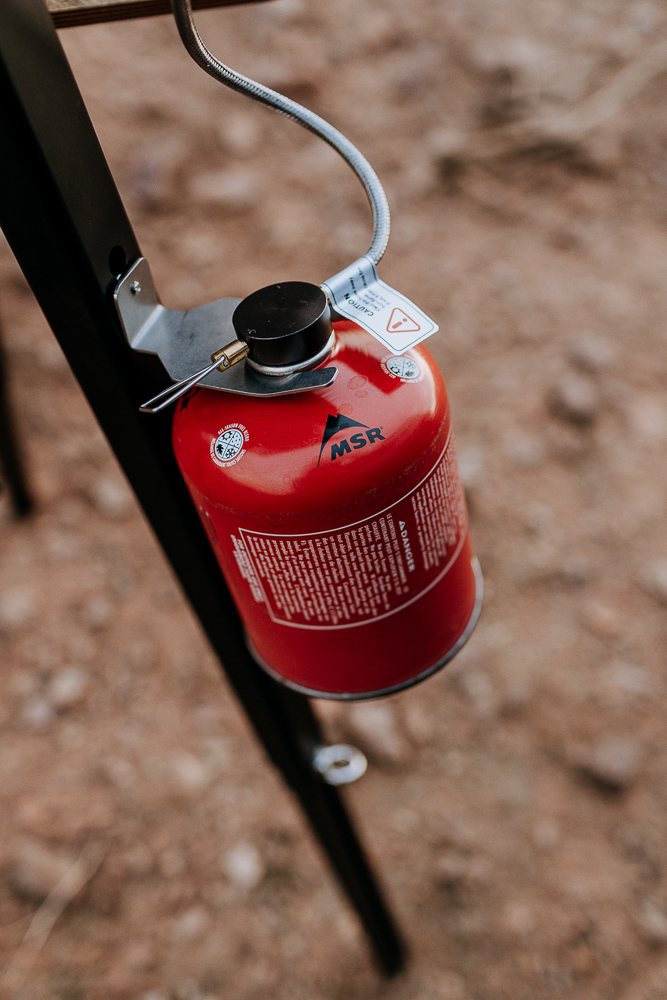 The Disco table was handy, and I appreciated the accessory hanger rail and cup holders. There was enough space to store a small selection of spices, hot sauces, a plate or bowl (or two), a happy hour beverage, and utensils or chopsticks. The birch plywood is also incredibly visually pleasing. 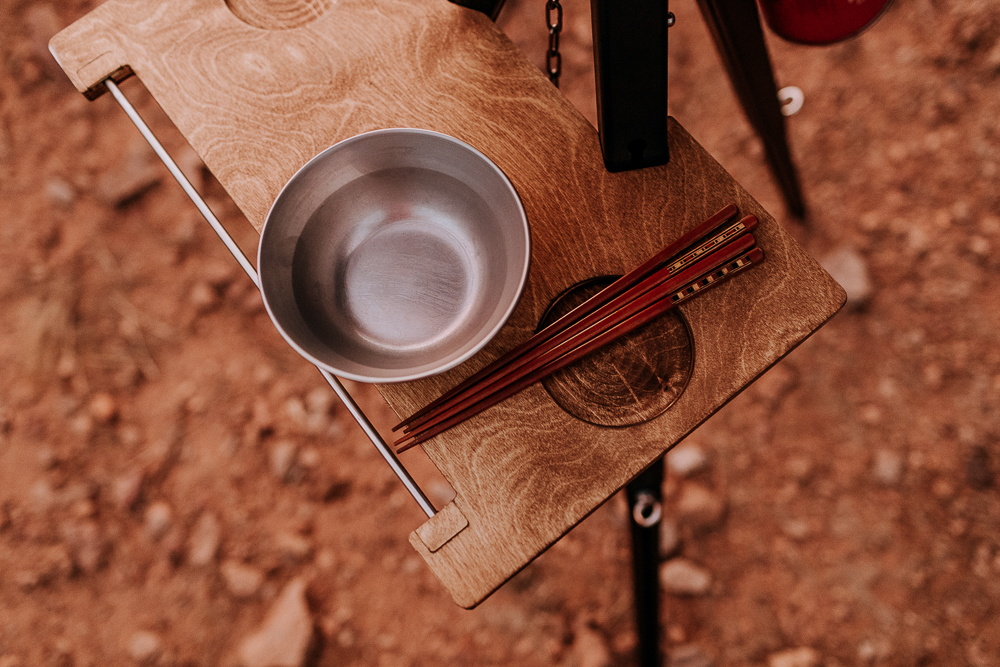 I like the Disco skillet, and I’ll tell you why. My love language is quality time, so a quick and easy clean-up after dinner creates an opportunity for other pursuits, such as reading books, visiting with friends, watching Taskmaster on YouTube, liking cool trucks on Instagram, or going to bed early. This skillet is food-safe, non-stick (no seasoning is required), and you can hand wash it with soap and water. My only beef with it is that it is large, heavy, and cooks unevenly. No worries, you can’t please everyone. 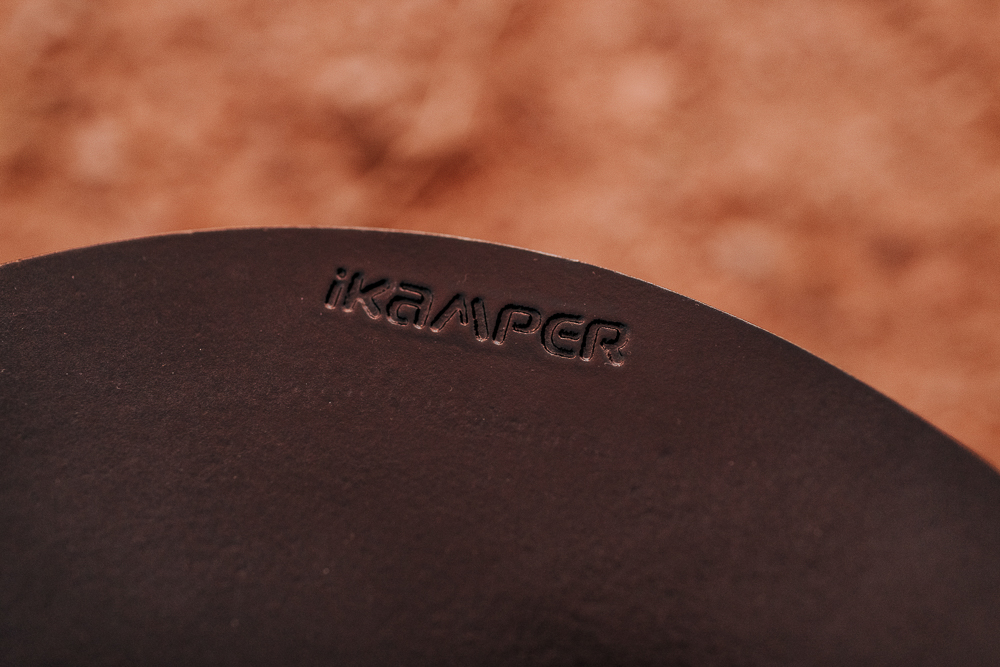 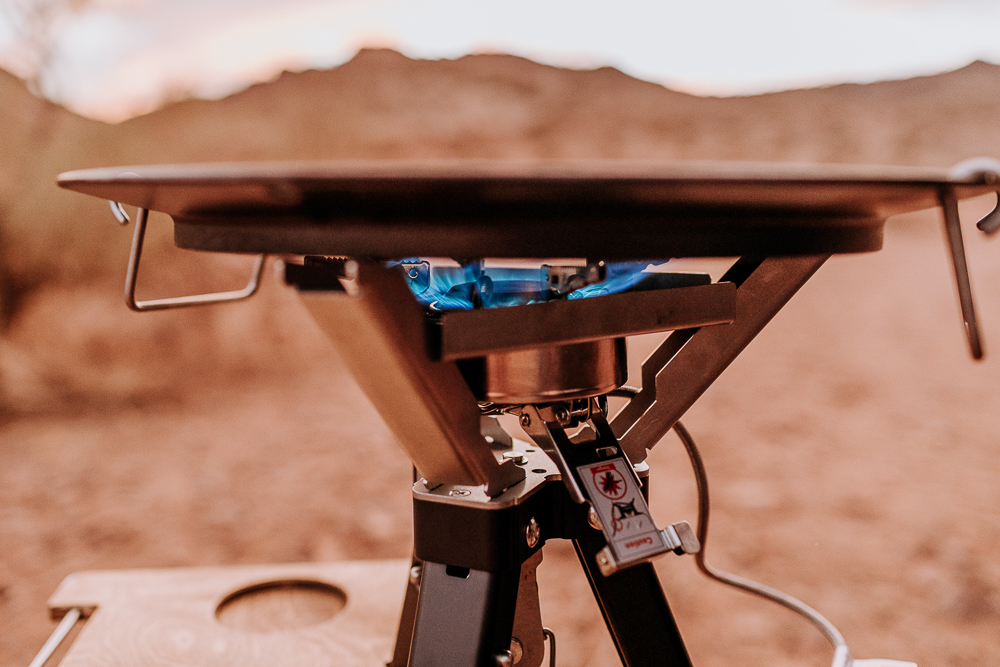 This Disco screams group cooking. Impress family in your backyard, win friends and influence people at an Overland Expo event, or cook for a crew in the backcountry. If you’re in the market for a skillet system, this one ticks off all the boxes. For me, a militant adherent to maximizing a small space and strictly considering payload, it’s a pass. But it might be just what you’re looking for. 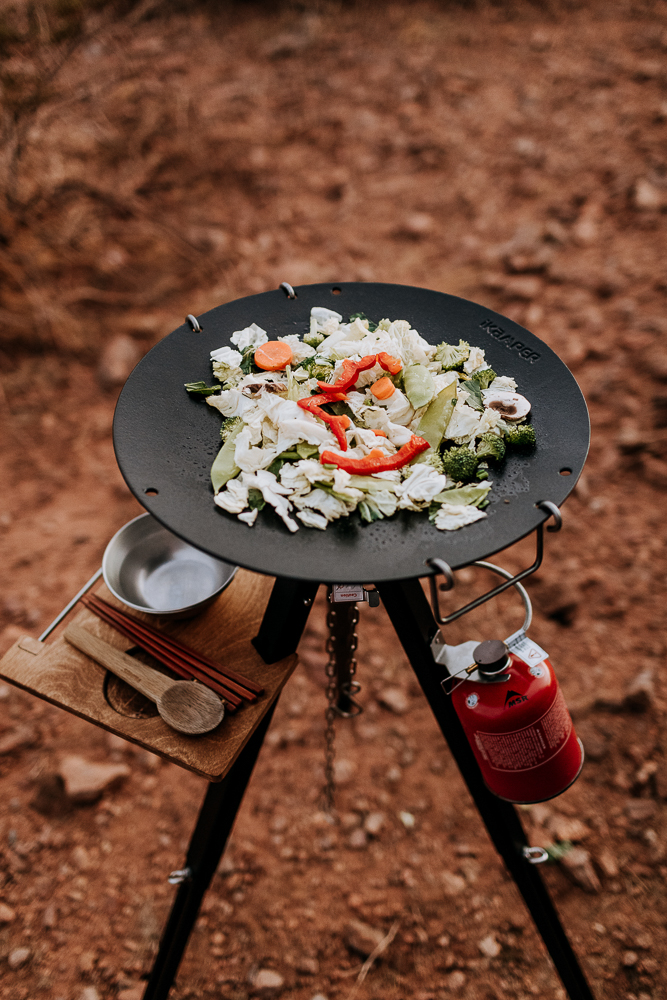 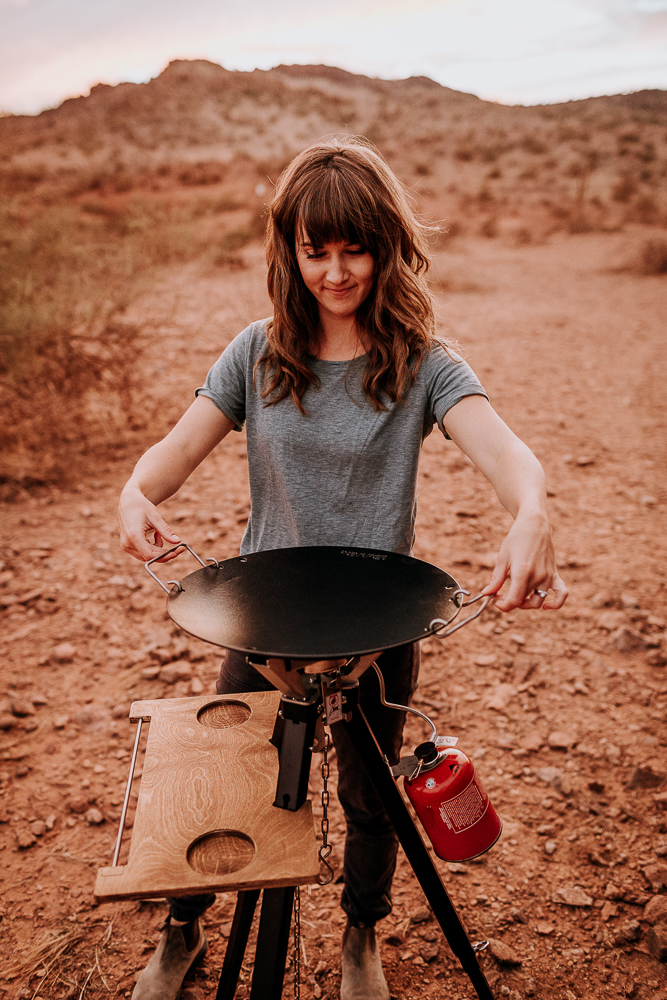 Pre-orders for the iKamper Disco Series started on November 1, 2021, and are expected to be delivered in January 2022. iKamper is offering pre-order savings of $100.