Austin and Ashley are an Alaskan couple who, along with their dog, Ivy, have chosen to seize life by the horns. We caught up with them at the Overland Expo West and were immediately impressed by their can-do attitude, resourcefulness, and self-built camper. Over a campfire, we became friends, and I realized that this couple has what it takes to travel the planet overland and that this is the perfect time to start following their adventure along the Pan-American route, to witness their growth and experiences.

Tell us about yourselves. How did you begin traveling, and when did you decide that the overland lifestyle was to be a large part of your future?

Austin and I met in our sophomore year of high school and, from the start, all of our date nights would include driving around and exploring local off-road trails. As we grew older, those would turn into camping trips on every available weekend, and we’d wind up driving thousands of miles just to explore something new in the limited time we’d have. By our senior year of high school, we had planned to celebrate our graduation with a one-month road trip to the Oregon coast; this was canceled as I had college basketball practices, and we were both working jobs that insisted they couldn’t spare us. We tried to console each other by promising that we’d take two or three months off instead, but that never happened, so we continued enjoying our weekends and coming home feeling sad that it was over. About halfway through our freshman year of college, we decided to crunch the numbers—what would it cost to spend over a year just doing what we love? That number was scary, but it was too late. We wanted the whole lifestyle. From that night, we resolved to adopt a single-minded focus: we would do everything it took to make this dream a reality. 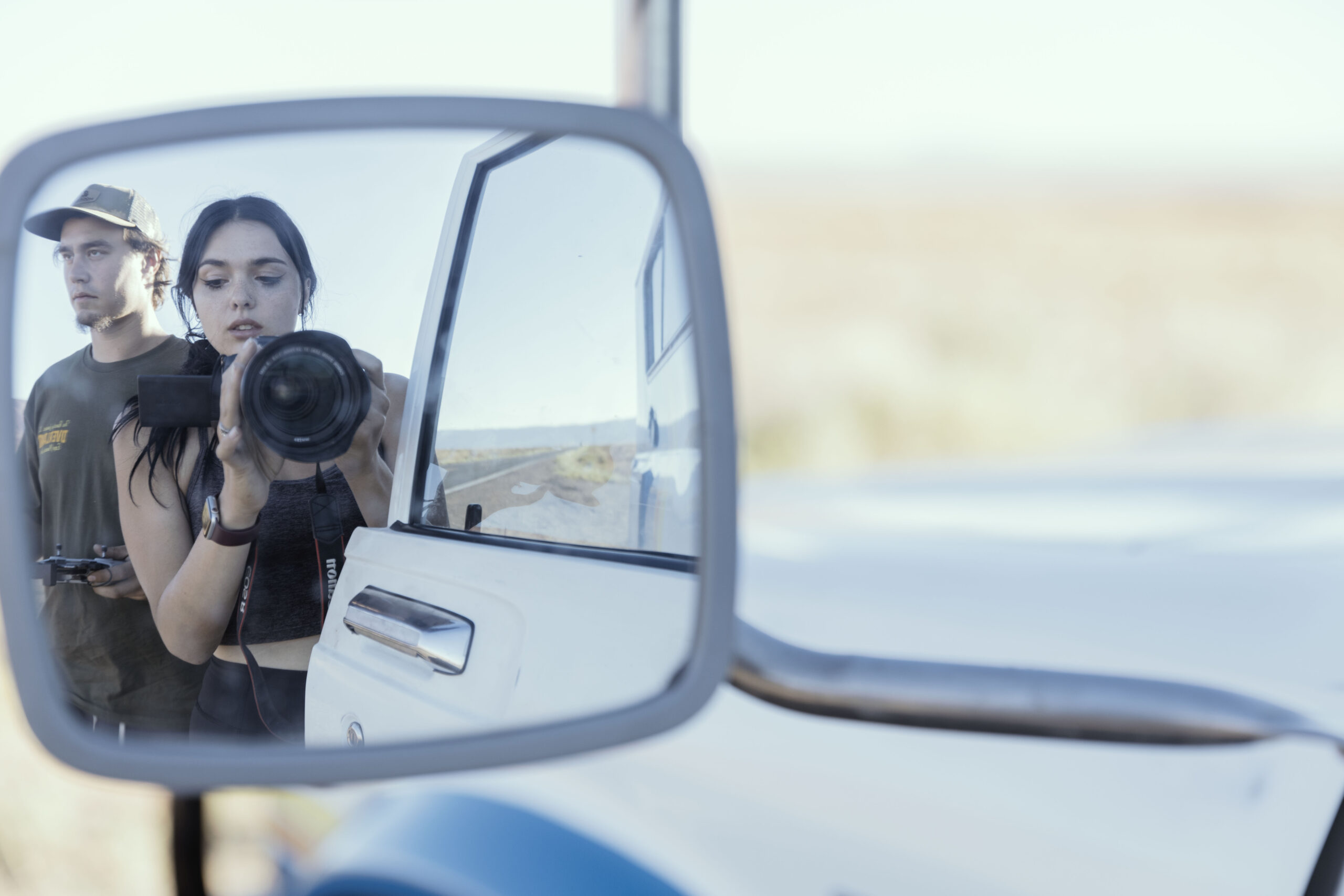 What motivates and inspires you?

The insatiable need to see, experience, and learn about everything. I blame [our] isolated small-town roots.  Everywhere we’ve been, from metropolitan Seattle to the deserts of Arizona, has taught us something new. The satisfaction that comes from expanding our horizons in such a tangible, noticeable way has yet to fade. 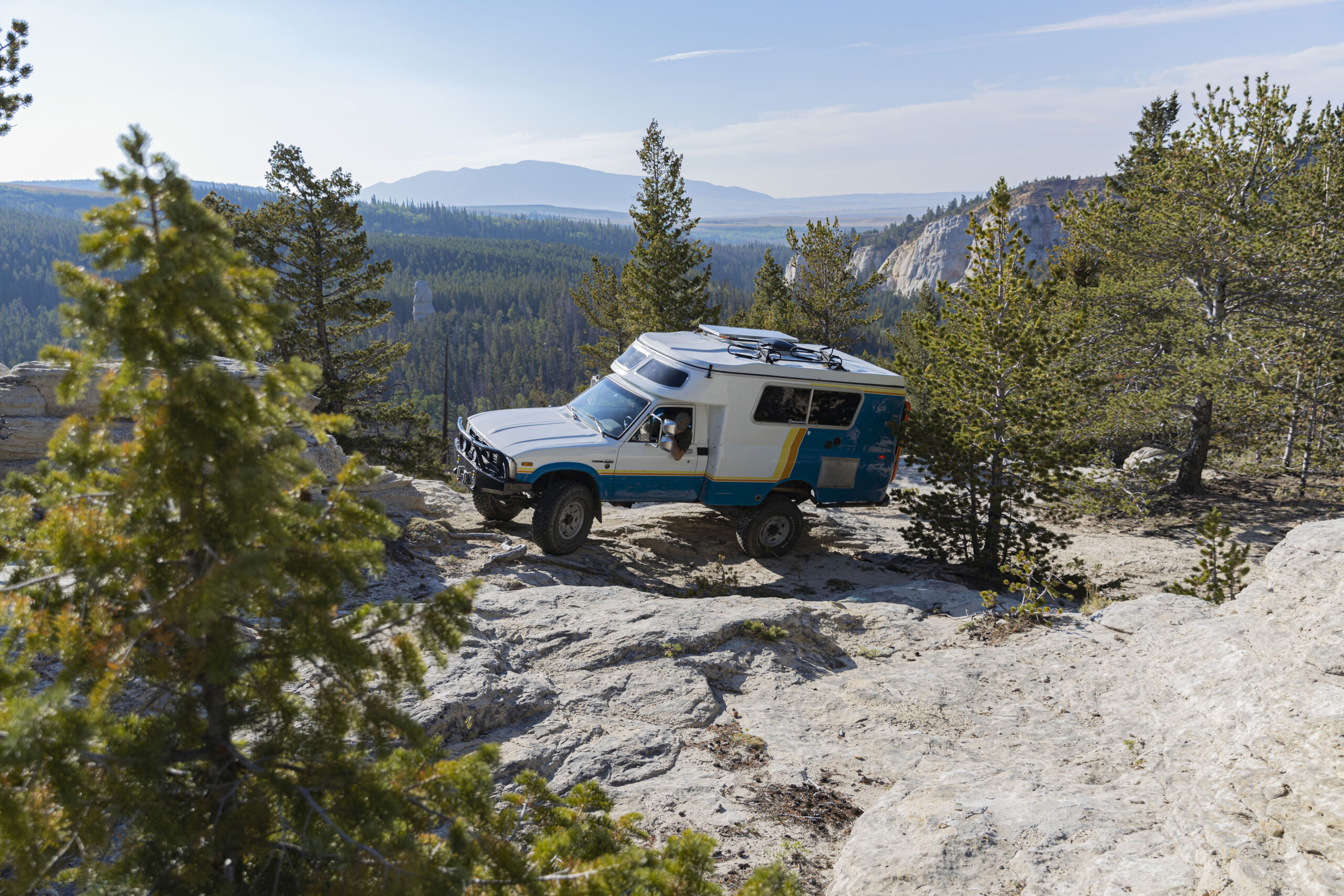 What is your life philosophy?

Live today. The prevailing attitude we’ve encountered is to just wait till you retire to travel in this way, but just the thought of working away my youth so that I could enjoy myself 40 years from now made me die inside. More than just wanting to do this before we had any real responsibilities (house, kids, and a useless accumulation of stuff), tomorrow really isn’t promised—you could lose everything in an instant. The more we’ve traveled, the more we’ve seen our conviction validated. In the Grand Tetons, we met a friendly man traveling solo in his Astro van. When we got to talking, he mentioned he wished he and his wife, high-school sweethearts like us, had done it at our age rather than wait for retirement. In 2019, his wife passed away unexpectedly; they never had the chance to travel together, and his story of regret broke my heart. 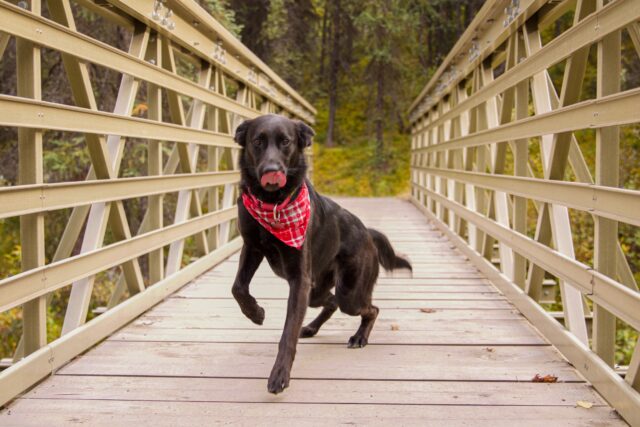 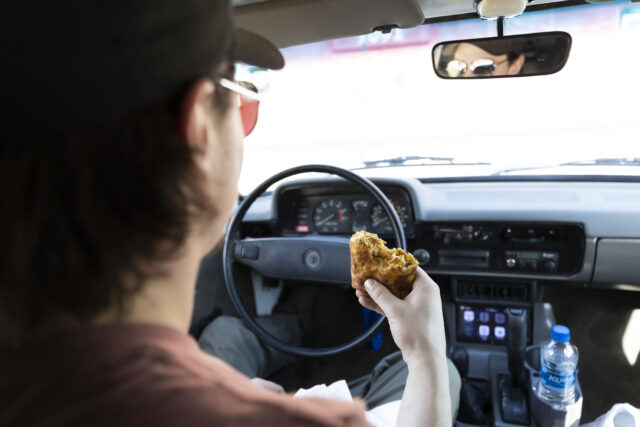 What are your favorite overland destinations so far?

Sedona, Arizona. With the red rocks, cacti, and scurrying lizards, it is the complete antithesis of our hometown in Fairbanks, Alaska. As an overland destination, we loved how off-road friendly the area is; finding stunning places to free camp was a breeze.  Camping right on the ocean is another thing we’ve loved to have the opportunity to do. For that, the Olympic Peninsula was a veritable gold mine. 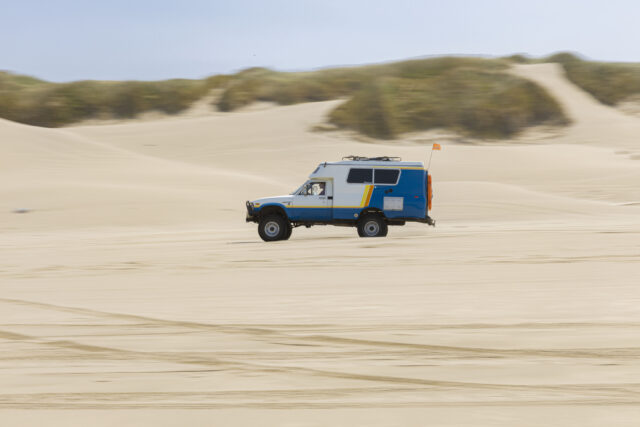 What do you love and dislike about the four-wheel lifestyle?

The only thing that has felt like an inconvenience has been the hygiene situation. We don’t have any facilities onboard, and showers and laundry aren’t as frequent as they used to be. But every other area of our lives has improved immeasurably. Before, most days were tediously predictable; now, even laundry days are rife with unknowns. The freedom that this lifestyle affords is everything we could have hoped for and more.

How has traveling changed you so far?

As we’ve successfully found ourselves facing challenge after challenge, from building out our vehicle to recovering from breakdowns along the road, I’ve begun to feel indestructibly confident. As a team, I’m now positive that we can conquer anything; doubt just doesn’t exist the way it used to. 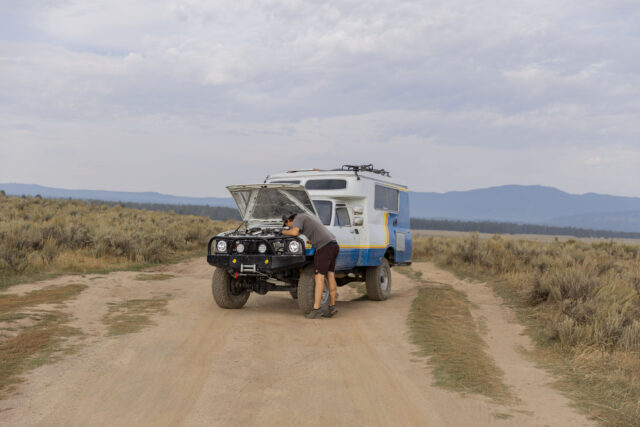 How do you afford to travel?

Austin worked as a heavy equipment mechanic with a gold mine, and I worked as a field technician with Alaska Fish and Game. Neither of these jobs translates well to remote work, so we calculated exactly what we needed for at least a year of travel and picked up every shift, worked side jobs, and did everything we could to grow our savings account. The benefit to having planned so far in advance is that we never threw away money on furniture or clothes that wouldn’t come with us when we left. Basically, before any purchase at all, we’d ask ourselves whether it was overland-worthy. If not, we weren’t buying it. 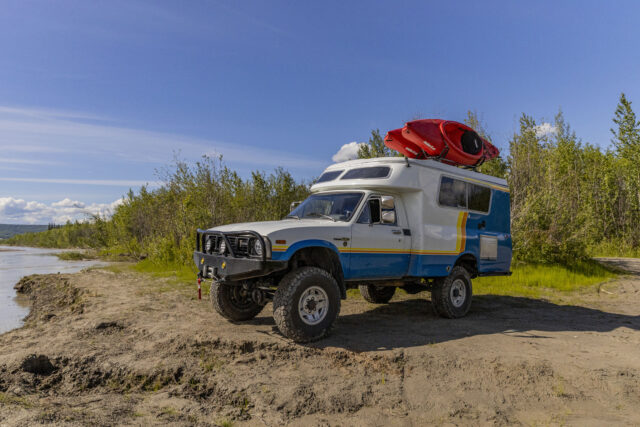 Currently, our mission is to complete the Pan-American. However, our travels end only when our funds do. Once we’ve reached Tierra del Fuego, we plan to continue exploring as many countries as we can. Following South America, the next on my bucket list would be Africa.

What has surprised you the most about overland travel?

The number of people doing it. We rarely go more than a few days without running into a stranger at a wild camping spot who is traveling just like us. We’ve made more life-long friends in the last few months than we did in 23 years in Fairbanks. There is something so special about this community of travelers; you share many of the same struggles, and there is always someone waiting in the wings to help out when you need it. Given the parade of people insisting that we were going to be sick of each other after just a few weeks, I’ve been surprised by the effect our journey has had on our relationship. As we’ve faced all these new experiences together, it’s made me intensely appreciative of everything Austin brings to the table. We are closer than we’ve ever been before. 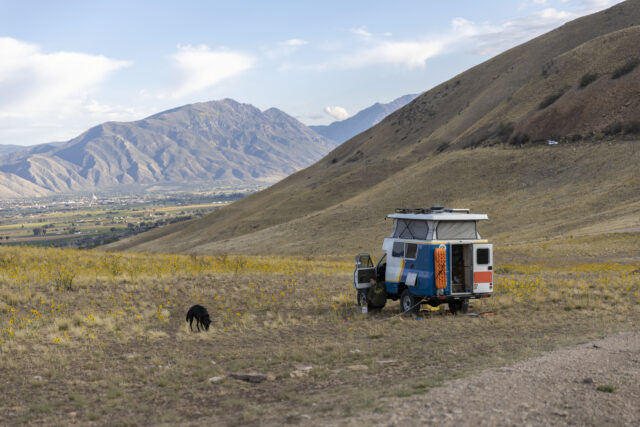 When we started the project years ago, I started calling the old rust bucket Mako, after my favorite shark. The name stuck as it transformed, and we started joking that our trip would be a MakoVenture. 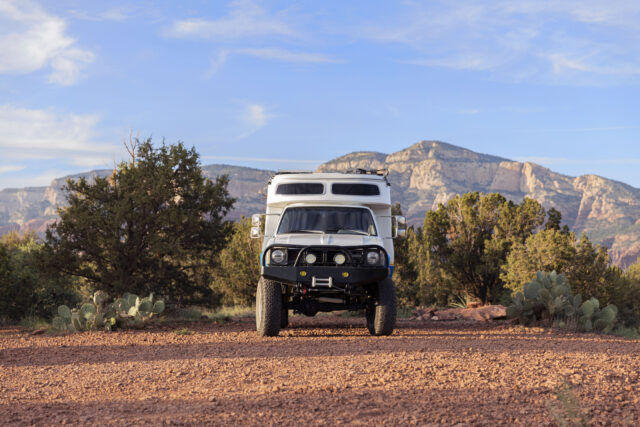 Mako is our Frankenstein vehicle. She is the combination of a 1978 Toyota Chinook and a 1982 Toyota Pickup powered by the drive train from 1999 Toyota 4Runner. It took us roughly four years to complete the frame-off restoration; the only things we didn’t do ourselves were the canvas, paint, and upholstery.

Everything about the truck has been modified to suit our needs, from custom-built bumpers with storage to a fully built-out interior living space.

The post Interview with Makoventure appeared first on Expedition Portal.

Video of the Week: Zero DSR Electric Motorcycles on the Colorado BDR

Have you ever wondered if an electric motorcycle can really go the distance off the highway? Well, they can. And Tucker Neary has proof. Riding...