UNBELIEVABLE! Look At This Piece Of Paper Biden Is Holding With Instructions Reminding Him To Do The Most Basic Things The card showcased to the world step-by-step guidance prepared by his staff instructing him to the illegitimate president to do the most basic things.

“YOU enter the Roosevelt room and say hello to participants,” the notecard states. 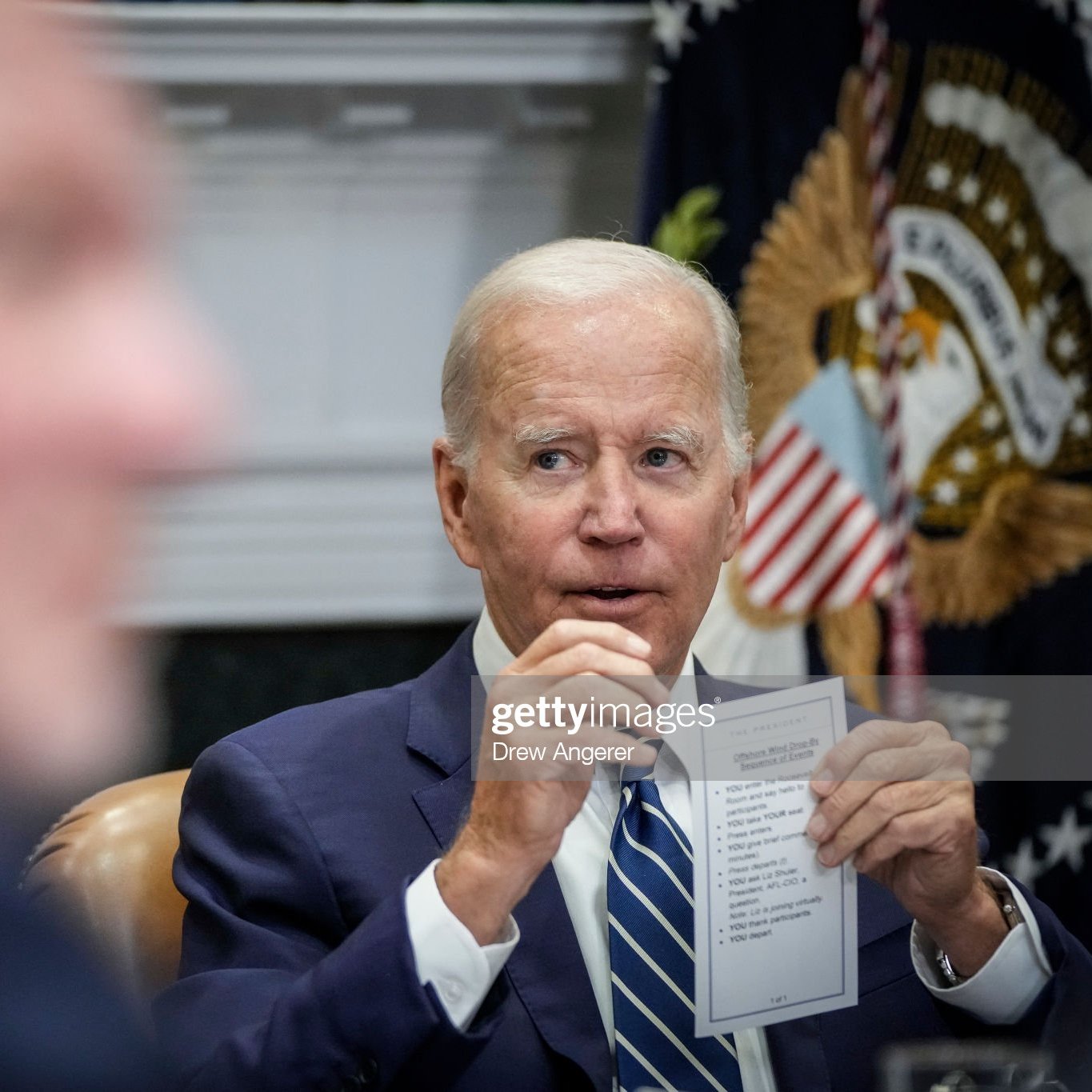 The staff wrote the words “you” and “your” in capitalized letters to emphasize to the leader of the free world, who regularly forgets where he is, who he is talking to, what he is talking about and who he is, the appropriate time to sit or speak.

“YOU give brief comments,” the instructions continued.

The card also instructed Biden which reporter to take a question from.

This isn’t the first time Biden relied on staff notes to avoid more embarrassment on the public stage. Biden has repeatedly been seen holding the cue cards.

In March, Biden was mocked online after using a typed cue cards to answer random questions about the Ukraine war. 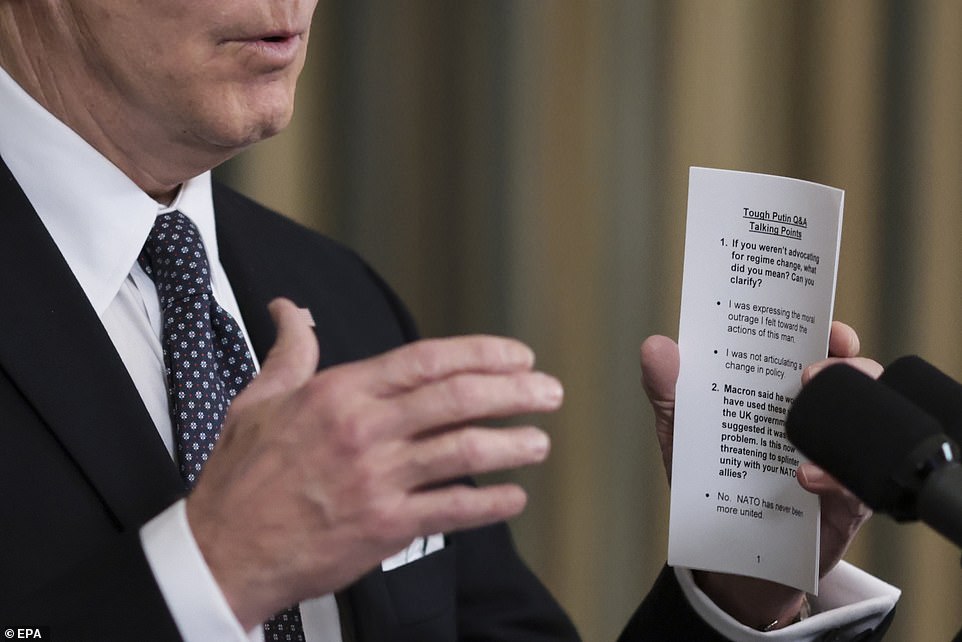