Liz Cheney’s Fundraising Firm Ditches Her Amid Spat With McCarthy The RINOs are fighting amongst themselves.

According to a new report, House GOP Leader Kevin McCarthy is making Republican political consultants choose between working with him or Liz Cheney.

A prominent Washington lobbyist close to Kevin McCarthy, the House minority leader, is warning Republican political consultants that they must choose between working for Representative Liz Cheney or Mr. McCarthy, an ultimatum that marks the full rupture between the two House Republicans.

Jeff Miller, the lobbyist and a confidant of Mr. McCarthy’s dating to their youthful days in California politics, has conveyed this us-or-her message to Republican strategists in recent weeks, prompting one fund-raising firm to disassociate itself from Ms. Cheney, a Republican from Wyoming.

Because of this ultimatum, one of Liz Cheney’s fundraising firms has already ditched her.

Miller’s messaging has already prompted one of Cheney’s fundraising firms, the Morning Group, to disassociate from her. The congresswoman had originally hired the Morning Group for help with raising a war chest against the onslaught of potential challengers and specifically one endorsed by former President Donald Trump. A source told the Times that the group informed her last month that it will be cutting ties.

Cheney, who was booted from her House Republican leadership position in May, could potentially cause problems for McCarthy in the future if she is reelected and the Republicans are in the majority. Cheney, who has been a source of controversy since breaking with her party to vote to impeach Trump, could continue to be a problem for McCarthy if he gains the speakership.

This isn’t the only problem Liz Cheney is facing.

Thiel has contributed the maximum-allowed, $5,800 check to Harriet Hageman, the Trump-endorsed attorney running against Cheney in next year’s Republican primary. The former president has made Cheney, an outspoken critic who voted for his impeachment in January, his top target in the 2022 election, and now big-money benefactors like Thiel are piling into the race.

Trump released a statement blasting Liz Cheney and warning her that she will be gone.

He also cited her low approval. 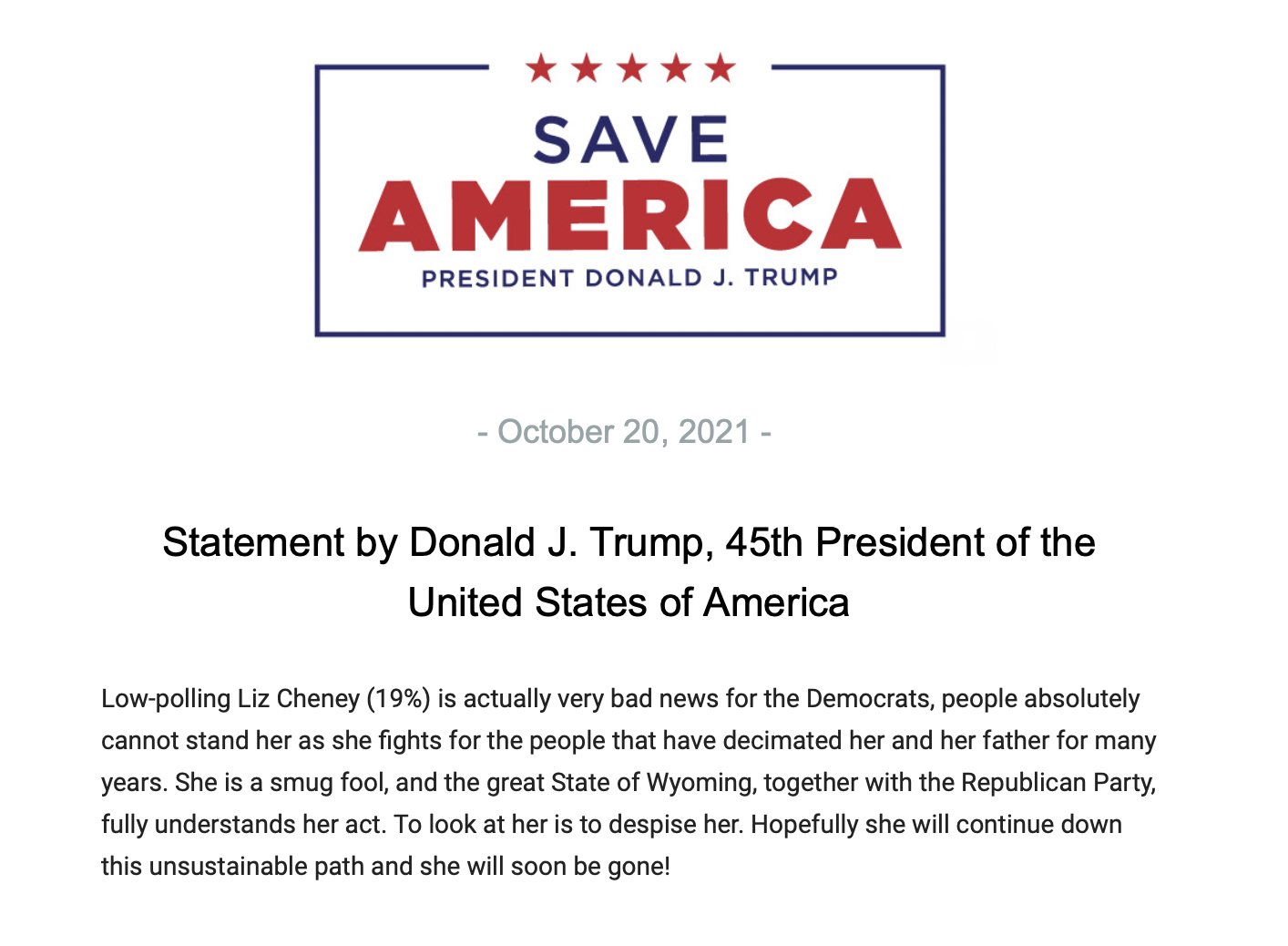 The post Liz Cheney’s Fundraising Firm Ditches Her Amid Spat With McCarthy appeared first on The Gateway Pundit.