HORRIBLE: Democrats’ ‘China Bill’ Includes Millions of Dollars Going to Organizations to Push Racist Policies in the US that Have Nothing to Do with China 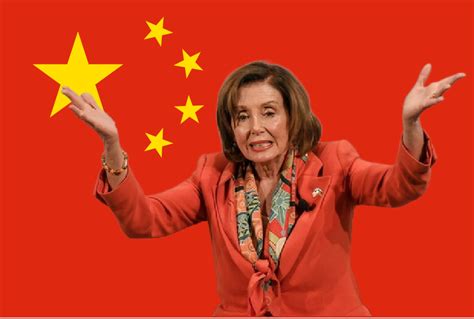 Democrats think that pushing racist policies in the US is how to address the US’s trade deficit with China and China’s theft of US intellectual property.

President Trump had China on the ropes.  We wrote about it numerous times.  China’s economy was failing, companies were leaving China at a record pace, and finally, someone was addressing China’s policies of stealing US intellectual property.

But the Democrats have other ideas.  Every move Biden has made to date has benefitted China.  From giving Afghanistan to the China-backed Taliban to not holding China accountable for the release of COVID on the world, Biden is China’s greatest asset.

But now the Democrats think they know how to address communist China’s actions and policies demanding world domination.  The sad part is that Senate Republicans signed on to a bill that they all think will help the US in dealing with China.

This bill then went to the House and the Democrats filled it up with garbage additions related to giving millions to racist causes.  The Daily Caller writes:

The America COMPETES Act, introduced by House Democrats late Tuesday, is a companion to a bipartisan bill that passed the Senate in June 2021, though the House version lacks Republican support. The bill is designed to increase domestic technological advancement and innovation in order to make the U.S. more competitive with China, and includes $45 billion to ease supply chain disruptions and $52 billion for domestic semiconductor fabrication.

The bill sets aside $2 million a year for a Department of Energy (DOE) program intended to “increase the number and the diversity, equity, and inclusion of highly skilled science, technology, engineering, and mathematics (STEM) professionals working in Department of Energy mission-relevant disciplines.” The secretary of Energy must also submit a plan to Congress for “broadening participation of underrepresented groups.”

In addition, the legislation includes a provision establishing a grant-making program through the National Science Foundation (NSF) dubbed the “NSF INCLUDES Initiative”  that funds higher education efforts to broaden “participation in STEM studies and careers of groups historically underrepresented in such studies and careers.”

The bill appropriates $8 million each year from 2022 to 2026 to fund another NSF grant-making initiative providing funding for universities and colleges to increase diversity among their faculty and recruit “underrepresented minority groups in academic STEM careers.” A similar provision sets aside $15 million a year to increase diversity among undergraduates in STEM fields.

This is absolutely disgusting.  Why Republicans would sign onto any bill with the Democrats who just stole an election is mind-blowing.

This bill that pays for racist policies in the US is just another example of how Democrats push anti-American policies and how Republicans foolishly fall into their trap, every time.

Previous articleAn Estimated 2 Million Ballot Images from the 2020 Election Were Illegally Erased in Georgia – Why Is No One Held Accountable or Indicted?
Next articleBREAKING BIG: Pennsylvania Court Rules Act 77 of 2019 Unconstitutional – Mail-In Voting on Hold
Survival News & Info