An Iraqi man and accused ISIS operative conspired to murder former President George W. Bush by smuggling a team of assassins across the porous southern border, according to a Federal Bureau of Investigations search warrant application.

The application, which was filed on March 23 and unsealed this week, claims the ISIS operative,  Shihab Ahmed Shihab Shihab, who resided in Columbus, Ohio, traveled to Dallas, Texas to conduct a stakeout outside of Bush’s house and the George W. Bush Institute where he filmed and photographed the surrounding locations in preparation for the assassination.

According to the warrant that was obtained by Forbes, 52-year-old Shihab came to the United States from Iraq in 2020 seeking asylum. The alleged ISIS operative wanted revenge against the former president for killing Iraqis and dividing the country following the 2003 invasion.

The document claims Shihab previously boasted about smuggling Hezbollah terrorists into the United States for $100,000.

The suspect’s assassination plot against Bush was heavily dependent on being able to effectively smuggle a team of terrorists across the open southern border again, the U.S. Justice Department detailed in a statement announcing his arrest.

“It is alleged that Shihab exchanged money with others in an attempt to illegally bring foreign nationals to the United States,” the department notes. “For example, in August 2021, Shihab allegedly intended to help who he thought was another Iraqi citizen enter the United States for a fee of $40,000. Shihab provided specific instructions on how he would smuggle the person into the United States after 60 days. In October and December 2021, Shihab accepted tens of thousands of dollars for the purported smuggling. In reality, the individual was fictitious, and the interaction was coordinated under the direction of the FBI.

“The case shows how federal investigators continue to monitor threats from ISIS even as the group has been severely weakened by American intelligence and military operations in recent years. It also shows how the FBI, despite its claims of being prevented from investigating major crimes because of Meta and other tech providers’ use of encryption, has been able to work around WhatsApp security by using old-school policing with sourcing of informants and tracking the metadata they can get from the messaging company,” Forbes reports. 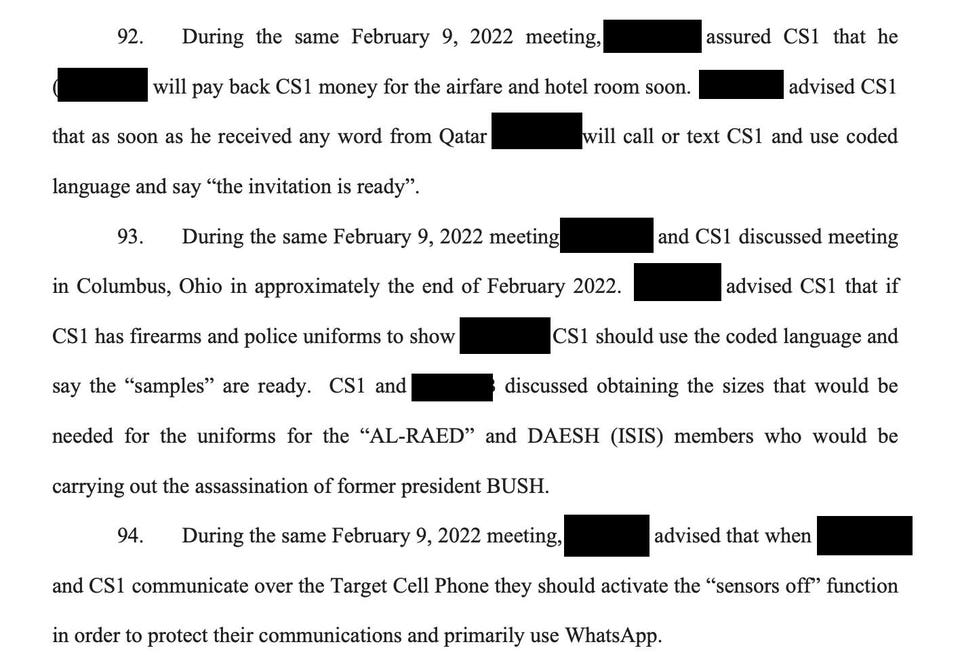 According to the DOJ, Shihab was apprehended by authorities on Tuesday morning and appeared in federal court at 2:30 pm.

Chief of Staff for the Office of George W. Bush issued a statement following Shihab’s arrest, noting, “President Bush has all the confidence in the world in the United States Secret Service and our law enforcement and intelligence communities.”

Meanwhile, the former Republican president has spent the past year lobbying Republicans to assist Joe Biden with passing an amnesty for migrants who illegally reside in the United States.