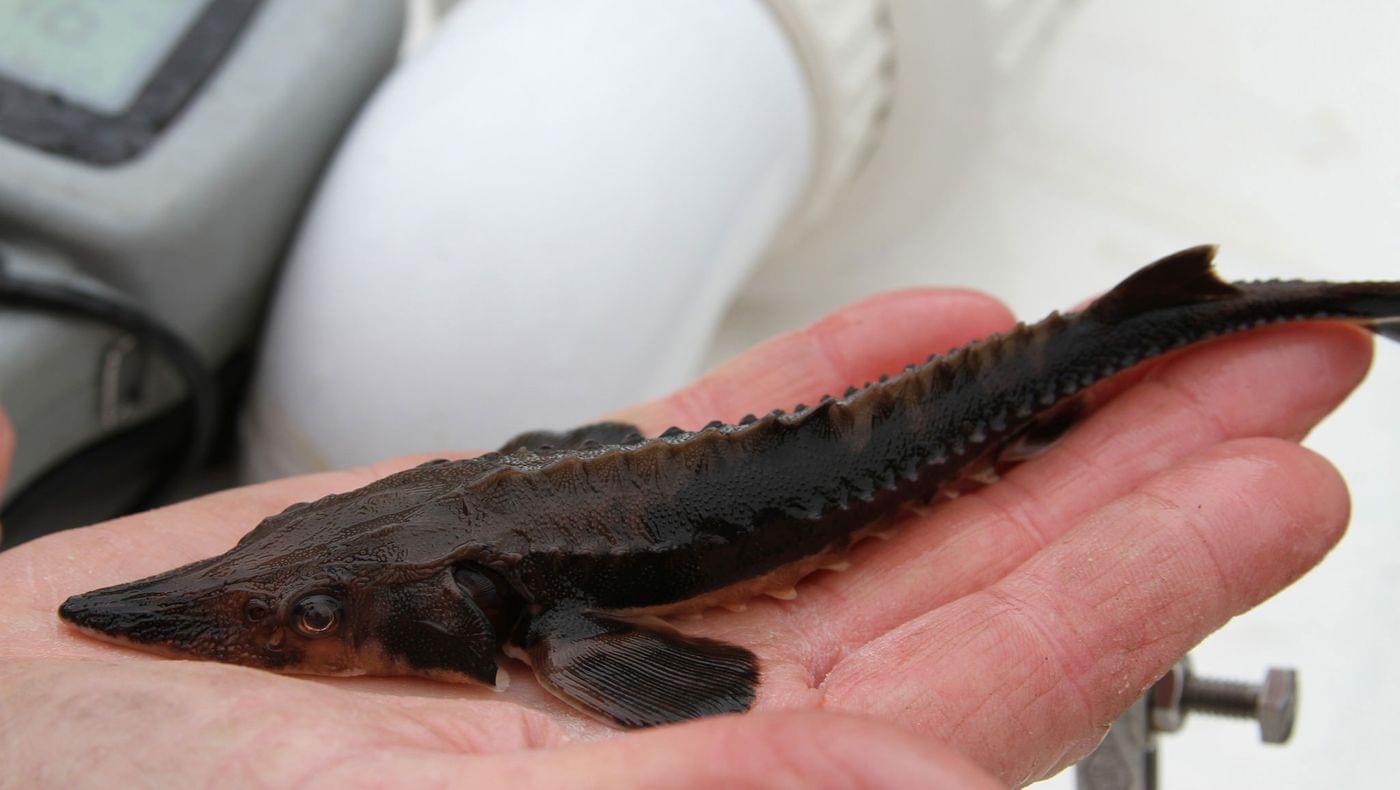 The lake sturgeon recovery program has met with recent successes in much of the Empire State. USFWS

The long-lived and slow-growing lake sturgeon has made significant gains in New York State, with four out of seven management units now considered fully recovered, according a recent report from the New York Department of Environmental Conservation). Lake sturgeon, which has been on the state’s list of Threatened Species since 1983, must recover to a self-sustaining population in six of the seven management units to be considered recovered. The DEC defines self-sustaining populations of lake sturgeon as having an estimate of at least 750 spawning adults in a management unit and at least three years of wild reproduction in a five-year period.

Because lake sturgeon are so wide-ranging and live in such variable habitats, the state has been divided into seven different units for sturgeon management. Four of the seven units have met all state goals for adults and for reproduction of the species: Lake Erie, Western Lake Ontario, Upper St. Lawrence River and Lower St. Lawrence River.

The three NY lake sturgeon units that still need management work for the species are Central New York, Eastern Lake Ontario, and Lake Champlain. The DEC says, however, that all three of those units show an improving trend in their lake sturgeon fisheries, and the Central New York unit shows a “highly positive trend” in its sturgeon population. Those positive trends suggest a full recovery in all seven management units might be possible.

A stocking program by the DEC and the U.S. Fish and Wildlife Service has been in place since 1993 to help re-establish the species statewide. They are the only sturgeon species endemic to the Great Lakes Basin and are the largest freshwater ﬁsh indigenous to this system, according to the USFWS. Lake sturgeon spawn only intermittently, which makes the species especially vulnerable and slow to recover from population decline. According to the USFWS:

“Poaching and commercial overharvesting have decimated all of the sturgeon populations throughout the world because of the high demand for their caviar. The fate of lake sturgeon populations within the United States is no different from the rest of the world. As a result of commercial overharvesting, lake sturgeon populations within the U.S. were close to extinction by 1900. Lake Sturgeon are currently listed as either threatened or endangered by 19 of the 20 states they inhabit … In recent years … populations are now beginning to increase. Factors contributing to their increasing numbers include recent partnerships developed throughout the Great Lakes basin between natural resource management agencies, commercial ﬁshermen, recreational fisherman, and landowners.”

The post Threatened Lake Sturgeon Are Now Fully Recovered in Most of New York State appeared first on Outdoor Life.