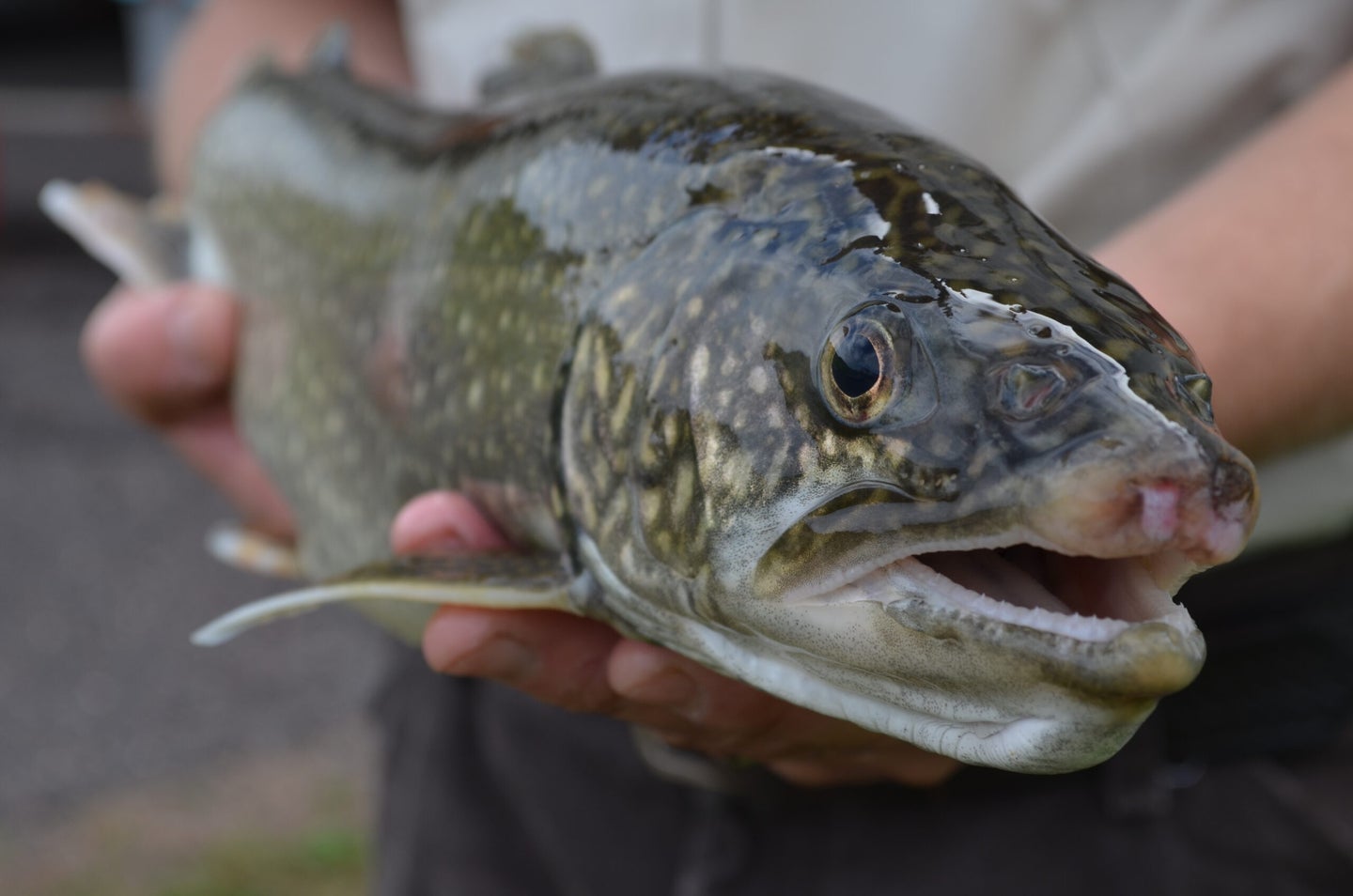 In much of their native North American waters, including the Great Lakes, lake trout have taken a big hit from invasive species, overfishing, and pollution. But now that researchers have traced the genetic makeup of lake trout, that information should help them rebuild laker stocks throughout their native range, reports the Associated Press.

“Lake trout are widely distributed across North America, and there are huge variations in habitat use, shape, size, body mass, color,” Marc Gaden, spokesman for the Great Lakes Fishery Commission, a U.S.-Canadian agency that funded the research, told the A.P. “We need to understand why [lake trout] look the way they do, why some types are more successful in some habitats than others, why some types in hatcheries do better than others.”

Lake trout grow slowly, and don’t reach sexual maturity for seven years. Many lakers don’t even survive to that age, and stocking of fish is needed in many waters, including the Great Lakes. Only Lake Superior has a lake trout population that’s recovered well. Now, genetic code data will offer managers of laker stocking programs vital information for their work. The new research can help identify characteristics that enabled the species to evolve and spread across its vast range, with certain sub-species becoming better suited to particular locations and depths.

A group of fisheries scientists from Canadian and U.S. universities and government groups published their findings in the Journal of Molecular Ecology Resources on Aug. 5. The report is “a vital missing link in our efforts to restore lake trout,” according to William Taylor, the chairman of the fishery commission and a Michigan State University fisheries ecologist. Lake trout are a salmonid, a family of fishes difficult to compile their genomes.

“Having a publicly available map of the lake trout genome removes most of the initial hurdles associated with doing conservation-oriented genomic research, makes it significantly easier to compare results across studies, and will hopefully quicken the pace of scientific discovery,” said Seth Smith of Michigan State University, the study’s lead author, told the Minneapolis StarTribune.

Returning lake trout to their native role in the Great Lakes requires understanding differences between their types at the sub-species level—which the genome research supports, says Shawn Sitar, a fisheries research biologist with the Michigan Department of Natural Resources.

The post Researchers Mapped Lake Trout Genes So We Can Restore the Fish to the Great Lakes appeared first on Outdoor Life.