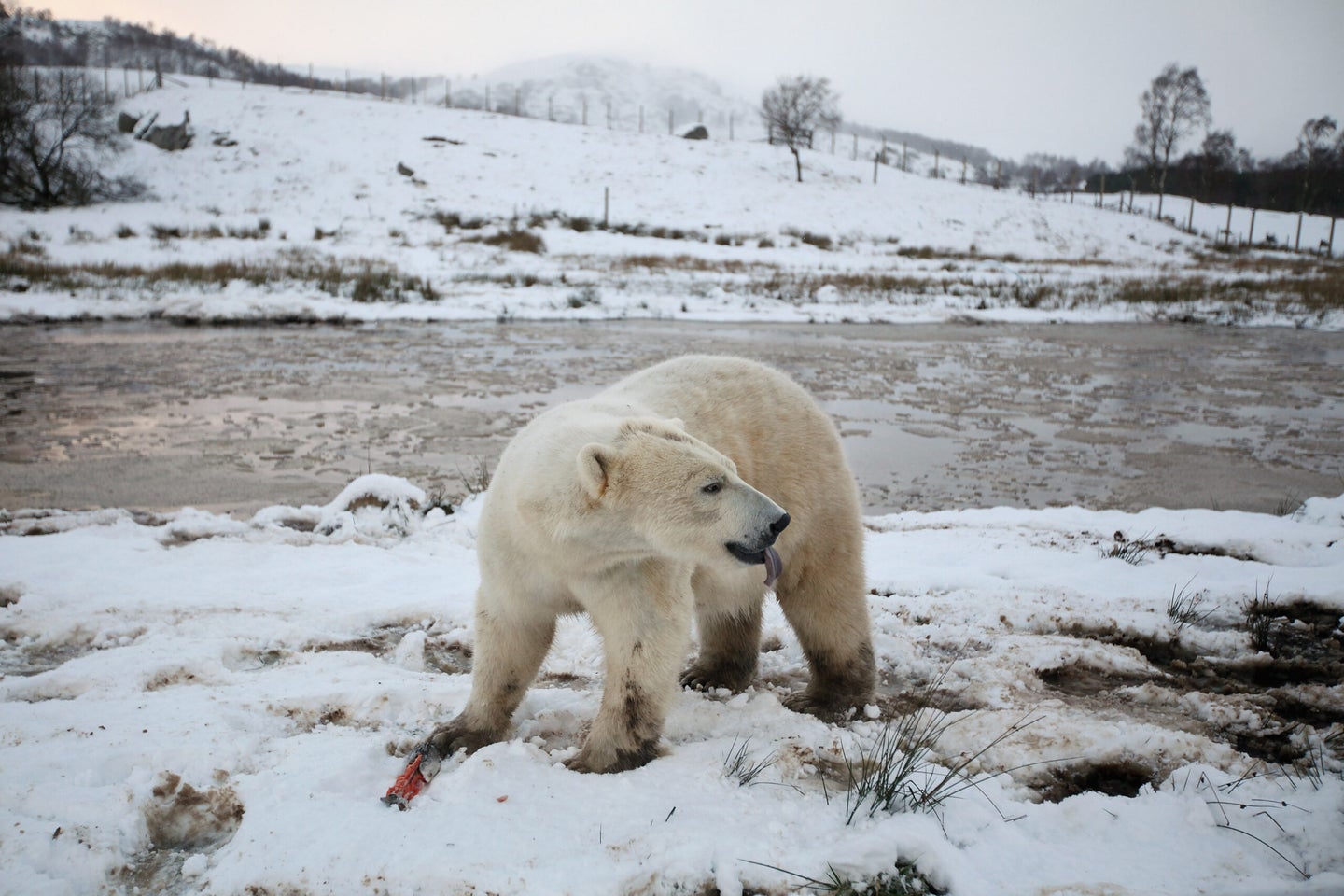 A Quebec polar bear was deemed far out of its range and killed by authorities. Photo by Jeff J Mitchell/Getty Images

A polar bear that had meandered into Madeleine-Centre, Quebec (which is only about 200 miles from the Maine border, as the crow flies) was killed by Canadian authorities. Officers killed the bear early on May 1, according to the Canadian Broadcast Corporation (CBC).

The polar bear had been seen and photographed a day earlier and area residents had been notified by police to stay indoors for their safety, as polar bears are notoriously dangerous. CBC reported that area resident Sophie Bonneville saw the bear near her home after her dog started barking at it. She said the bruin eyed her dog, unafraid.

“My partner was shovelling and Boris went on the run because, well, he doesn’t stand for anything on our land, not even a crow,” Bonneville told Radio-Canada. “It looked at the dog, it wasn’t afraid.”

According to Dominique Berteaux, a University of Quebec professor, polar bears along the nearby east coast of Labrador, Canada, move north as ice breaks up. But sometimes bears get disoriented and lose their way. This may have been why the polar bear showed on the Gaspe Peninsula in Quebec, which is south of Labrador (the opposite direction the bruin should have migrated as ice melted). Polar bears are superb swimmers, having been documented swimming more than 100 miles in open water. So a polar bear traveling across the St. Lawrence River is very possible. According to the CBC, other polar bears have been spotted in recent weeks far from their normal range. Bears were spotted near the Quebec towns of Baie-Johan-Beetz and Unamen Shipu located on the north shore of the Gulf of St. Lawrence.

The post Polar Bear That Wandered into a Town Only 200 Miles from the Maine Border Is Killed by Authorities appeared first on Outdoor Life.