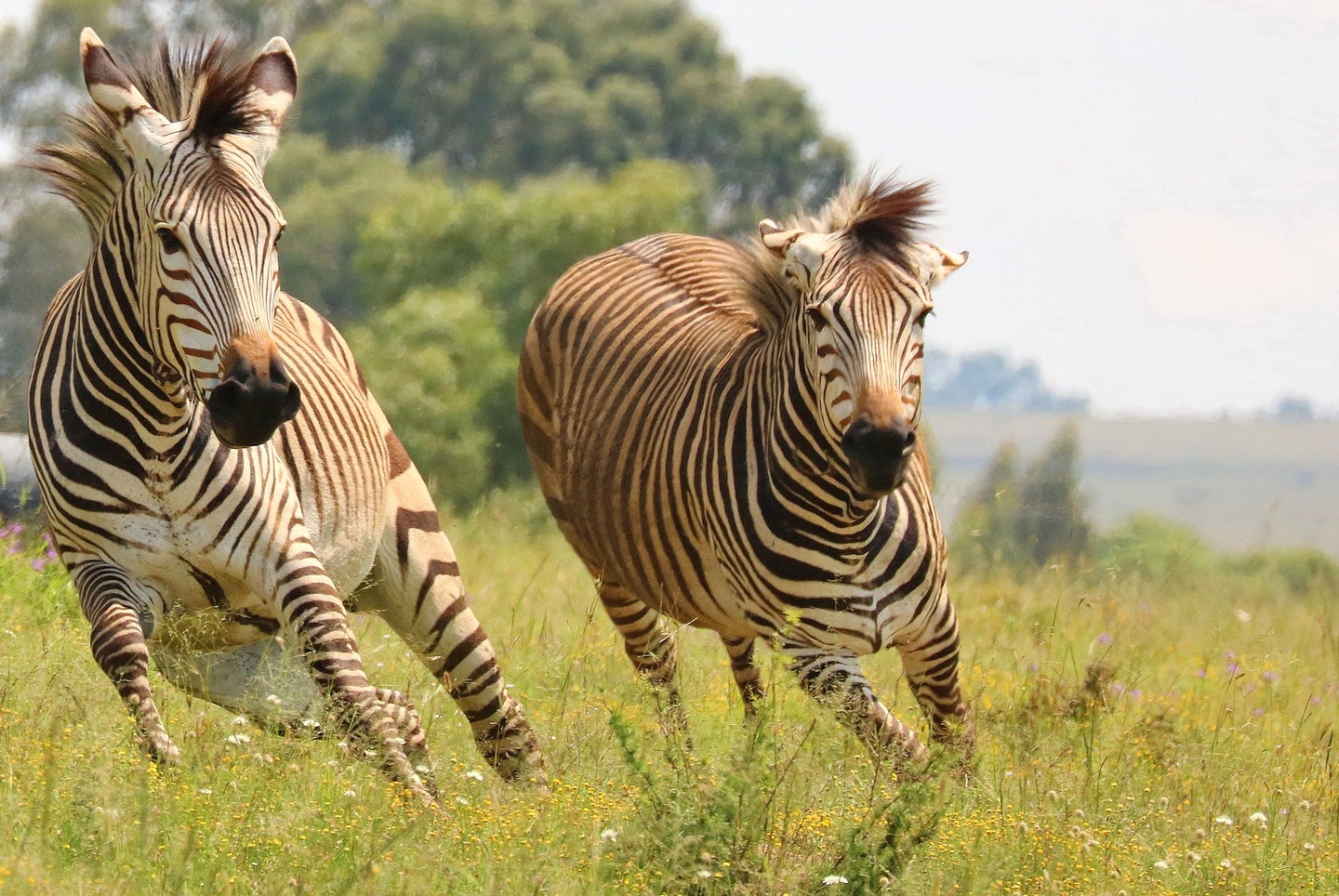 Five zebras are on the loose in Prince George’s County in Maryland. Pixabay

The great zebra escape began Aug. 31, when five of the animals fled from a farm in Prince George’s County, Maryland, near the town of Upper Marlboro. The Washington Post reports the unidentified owner of the farm is trying to bait and corral the animals, which are proving to be very elusive and are scattered and wandering  throughout the rolling wooded region southeast of Washington D.C.

“They got out, and they’re now still running loose,” says Rodney Taylor, chief of the Prince George’s animal services division, in a straightforward if not particularly helpful assessment of the situation. “We have not caught them yet.”

Taylor says homeowners in the region have been reporting sightings of the wayward Maryland zebras, with each caller understandably stunned to see them. Taylor has inspected the farm where the zebras escaped, but has not discovered how the animals got loose. The farm legally has a herd of 31 zebras, minus five that are currently on the lam.

“When I first heard about it I was like, ‘OK, you’ve got to be kidding me, right? Zebras?’” says Taylor. During his 39 years in animal control, Taylor has had to corral the occasional cow or other farm animal. But never a zebra. He warned area residents to call county officials if they see the zebras and not try to approach or catch the animals.

“Never approach them, and don’t try to pet them,” Taylor advised. “They’re not going to chase you down. But they are zebras, so they’re not handled by people a lot, so to defend themselves they could bite.”

Read next: Two Ontario Prospectors Saved a Bull Moose Stuck Up to Its Neck in Mud

Taylor said zebras spook easily, so the animal owner has set up video cameras to monitor a spot where he’s trying to bait them with grain. He’s gradually adding a few panels of fencing after each visit to eventually encircle the spot and trap the animals.