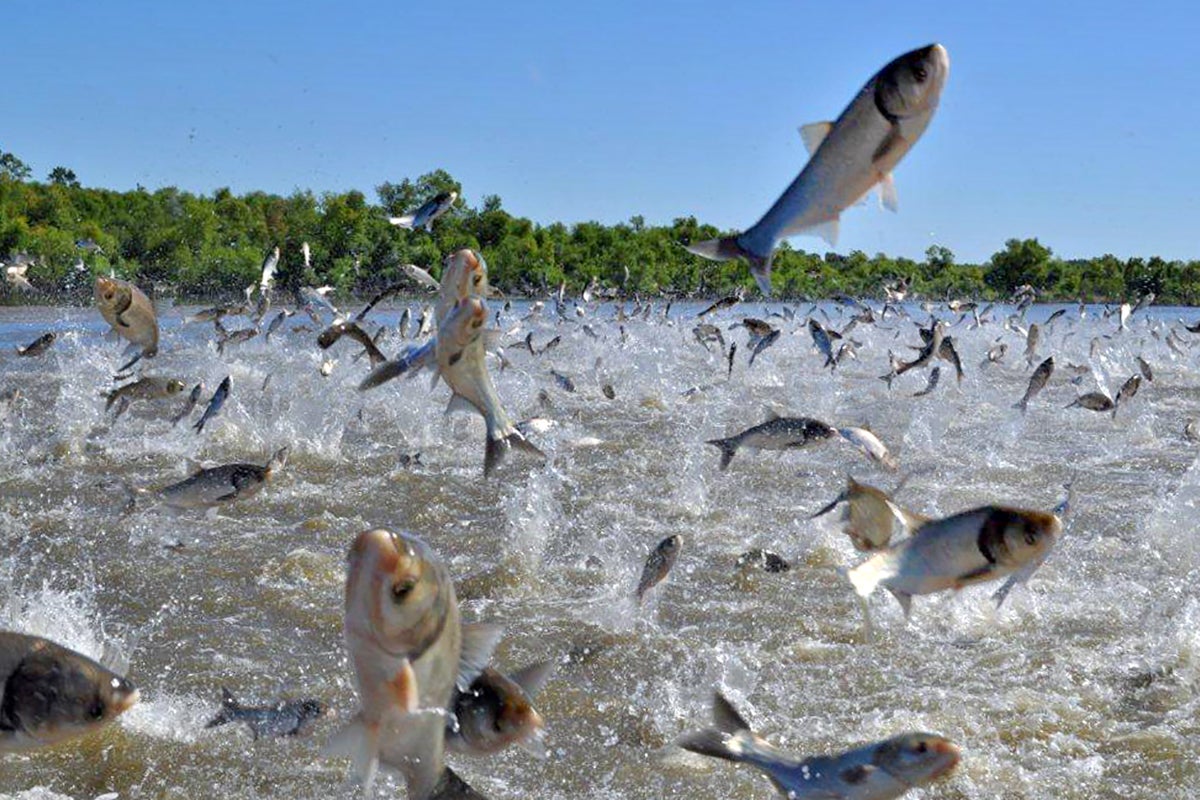 More than 10 million pounds of invasive carp have been eradicated from Kentucky Lake.

Asian carp in the Tennessee River are akin to aquatic feral pigs, reproducing quickly and scouring Kentucky and Barkley lakes via filter feeding on the starting point of the food chain. They target plankton, which are needed by shellfish and other filter feeders such as shad to survive. Predator species such as bluegill, bass and catfish need shad to survive. Lack of plankton affects the entire food chain and Asian carp have wreaked havoc in both lakes for more than 10 years.

Commercial fishermen however, are fighting back. The Tennessee Wildlife Resources Agency recently announced that fishermen have harvested more than 10 million pounds of carp from the lakes since 2018. Fisherman are netting carp and being paid through the Asian Carp Harvest Incentive Program administered by the TWRA. Incentives are provided to commercial anglers to catch the carp, and to wholesale fish dealers to process them for pet food and fertilizer.

“Commercial harvest is a key strategy to defend our waters from the impacts and expansion of invasive carp,” said Cole Harty, TWRA Aquatic Nuisance Species Coordinator. “The other key strategy to prevent the spread of carp to waters upstream is deterrents.”

Tennessee officials are a BioAcoustic Fish Fence (BAFF) that pulses to deter the carp at Barkley Dam, near the confluence of the Cumberland and Tennessee Rivers. The electronic fence appears to be working.

“Though no deterrent is expected to be 100 percent effective, even moderate levels of deterrence can significantly reduce the number of fish moving upstream through locks,” he said. “Deterrents, when coupled with commercial harvest near the source of carp immigration, is the best strategy we have to prevent the spread of carp to waters upstream.”

TWRA officials along with those in Kentucky, Mississippi, and Alabama on the Tennessee River are working to employ the BAFF deterrents at upriver dams to stop spread of the fish.

Recreational anglers are doing their best to pitch in too. Bowfishing for carp is popular in the area, however efforts to establish Asian carp as table fare for Americans has been minimally successful despite the fact that the firm, white meat is delicious.

“The local attitude is: We want them gone. And when it comes to fish dinners, well, they’re carp, not crappies,” contributor Will Brantley wrote in a feature about bowfishing the area.

Asian carp were introduced into the Southeast in the early 1960s and 1970s at fish farms as possible commercial ventures. According to the U.S. Fish and Wildlife Service, by the 1980s three of the four species — silver, bighead, grass and black carp — had escaped or spread into native water bodies. Today, they are found in the Mississippi, Tennessee, Ohio, Missouri, Cumberland and Illinois rivers and tributaries. On the Tennessee River, Asian carp have been identified as far upstream as Chattanooga. They are located primarily in Kentucky and Barkley reservoirs, which the Ohio and Mississippi rivers feed into. The carp are also threatening the Great Lakes, with officials in Illinois utilizing electronic pulse fences to blunt the advance.

Recently, University of Missouri scientists are studying the complex way carp eggs move in rivers, hoping they can find and remove them pre-hatch.

“We’ve been developing better ways to remove large numbers of adult carp,” says Duane Chapman, fisheries biologist with the USGS. “But you need to think about the other end as well.”

A Bear Got Trapped Inside This Colorado Pickup Truck

“Bulls for Billionaires.” Are Montana’s 454 Permits a Step Toward Privatizing the State’s Elk Herd?