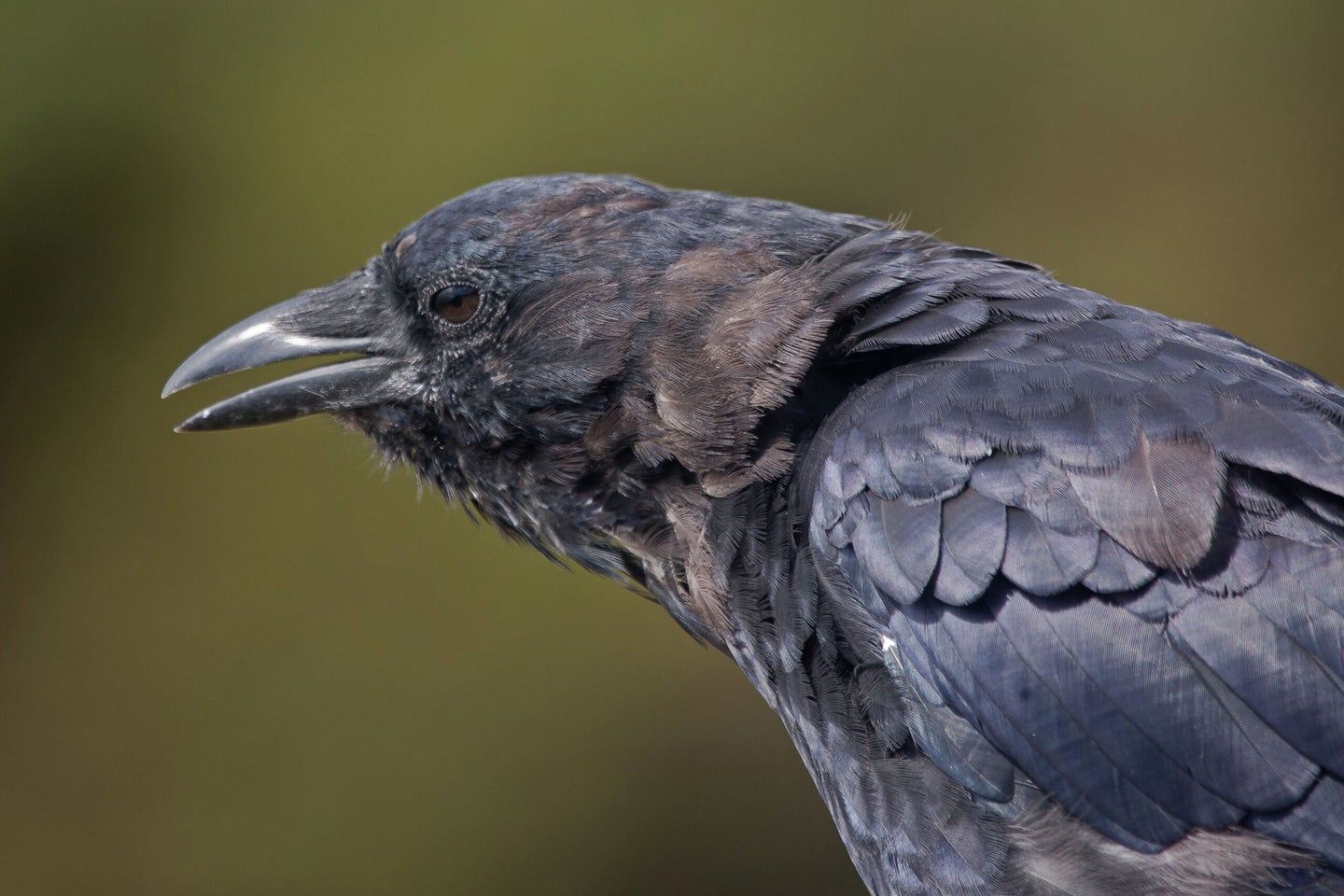 Sunnyvale, California has been invaded by migrating crows. Peter Pearsall/USFWS

Migrating flocks of crows have found a cozy evening roost in the town of Sunnyvale, a northern California suburb south of San Francisco. According to a report from the New York Post, crows have been coming to Sunnyvale for decades. But the recent overabundance of murders (massive flocks of crows) roosting every night is getting out of hand.

“The streets are basically riddled with crow pooh,” Sunnyvale mayor Larry Klein told the New York Times in another report.

About 1,000 crows crowd into the trees every late day near dusk to roost. They then fly off at daybreak, but leave behind an unwanted trail of excrement. Residents of Sunnyvale have had enough.

“I’ll not go outside unless I’m under an umbrella,” local Frank Hampton told CNN. “The city has tried everything to get the birds to find a new spot, but all success has been short lived.”

City officials have tried many failed remedies, and are now turning to hired hands with lasers the hope can scare off the unwanted birds.

“We have had a falcon previously, a hawk, but it has had limited success, and the crows return,” mayor Klein continued. “It’s a health problem we’ve had to deal with, and at the cost of the city, so if we have a cheap [laser] solution, there’s no reason to not try it.”

Several Sunnyvale employees take nightly crow watch, beaming lasers and making loud sounds hoping to flush birds from their roosts and keep them away. The cost of the laser-sound operation includes a $20 price tag for the lasers, cheaper than hiring a falconer to fend off the crow population, according to Klein.

“The biggest thing is to harass them [crows] enough so a large percentage of them find new homes,” Klein explained.

The post California Is Using Lasers to Try and Control Huge Flocks of Migrating Crows appeared first on Outdoor Life.