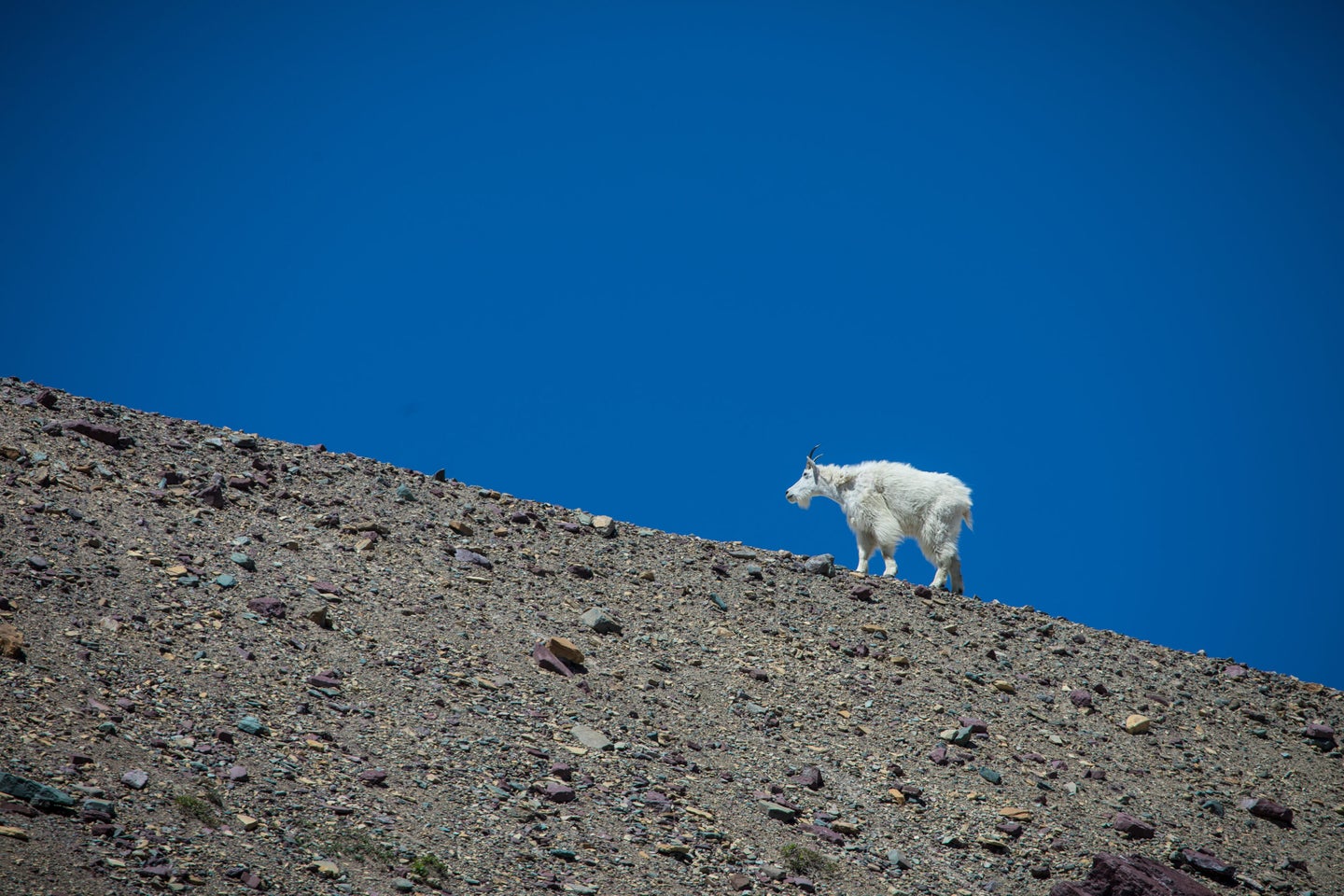 Although it’s rare for a mountain goat to turn the tables on a grizzly, it does happen. NPS

In the Canadian Rocky Mountain West it’s not so unusual for a large grizzly bear to kill a smaller mountain goat. But the predator became the prey this time at Yoho National Park in British Columbia. A hiker discovered the carcass of a 155-pound female grizzly, which was unusually small for the region, on Sept. 4 just off the Burgess Pass trail, reports ROMToday.com. Officials noted wounds under the bear’s armpits and below its neck, but couldn’t immediately confirm that a goat had killed the bear. A recent forensic necropsy work recently proved that “the female grizzly bear died of natural causes…due to an unsuccessful predation attempt of a mountain goat.”

“Grizzly bear predation of mountain goats is relatively common, and I guess the mountain goat was successful in this instance and turned the tables on the grizzly,” David Laskin, a wildlife ecologist with Lake Louise, Yoho, and Kootenay field unit, told ROMToday. “Mountain goats are big animals and those horns are very sharp.”

The bear did not have cubs, according to park officials. Laskin said the location of the bear’s fatal wounds were consistent with a grizzly attack and the defensive response of a mountain goat.

“When grizzly bears attack, they tend to focus on the head, back of the neck and the shoulders of the prey, and it’s usually from above, so in turn the defensive response of the mountain goat would be to protect itself using its sharp horns,” says Laskin. “The forensic necropsy subsequently confirmed that the wounds incurred before death were consistent with the size and shape of mountain goat horns, so other causes, including human involvement, were ruled out.”

Male mountain goats can weigh nearly 300 pounds; the females are slightly smaller. While grizzlies commonly prey on mountain goats in the Rocky Mountains, it’s not unknown for a goat to fight back at an attacking grizzly and sometimes win the battle. Goats can kill a bear, but it is a rare event, says Steeve Côté, a renowned mountain goat expert and professor at Quebec’s Laval University.

“All they need is a good horn jab well placed,” said Côté.

THEY LIED: State Department Now Admits There Are Still at Least 363 Americans Still Stranded in Afghanistan — Up from 100 in August

Previous articleCalifornia Re-Opens 34 Properties to Public Hunting and Fishing as Wildfires Subside
Next articleReport: Two Men Arrested for Smuggling Buckets of KFC Chicken and All the Fixings into Auckland Despite Strict COVID Lockdown
Firearms

Since the debut of the p365 handgun in 2018, Sig has worked tirelessly to develop other p365 variants to meet gun owners’ needs and...
News & Current Events

Attorney General Merrick Garland is withholding more information and the fake news mainstream media is covering for him.  Not only is his son-in-law making...

BREAKING: President Trump Announces NEW Information From ARIZONA: “It Is Damning And Determinative! Will Be Discussing This Today.”

THEY LIED: State Department Now Admits There Are Still at Least 363 Americans Still Stranded in Afghanistan — Up from 100 in August